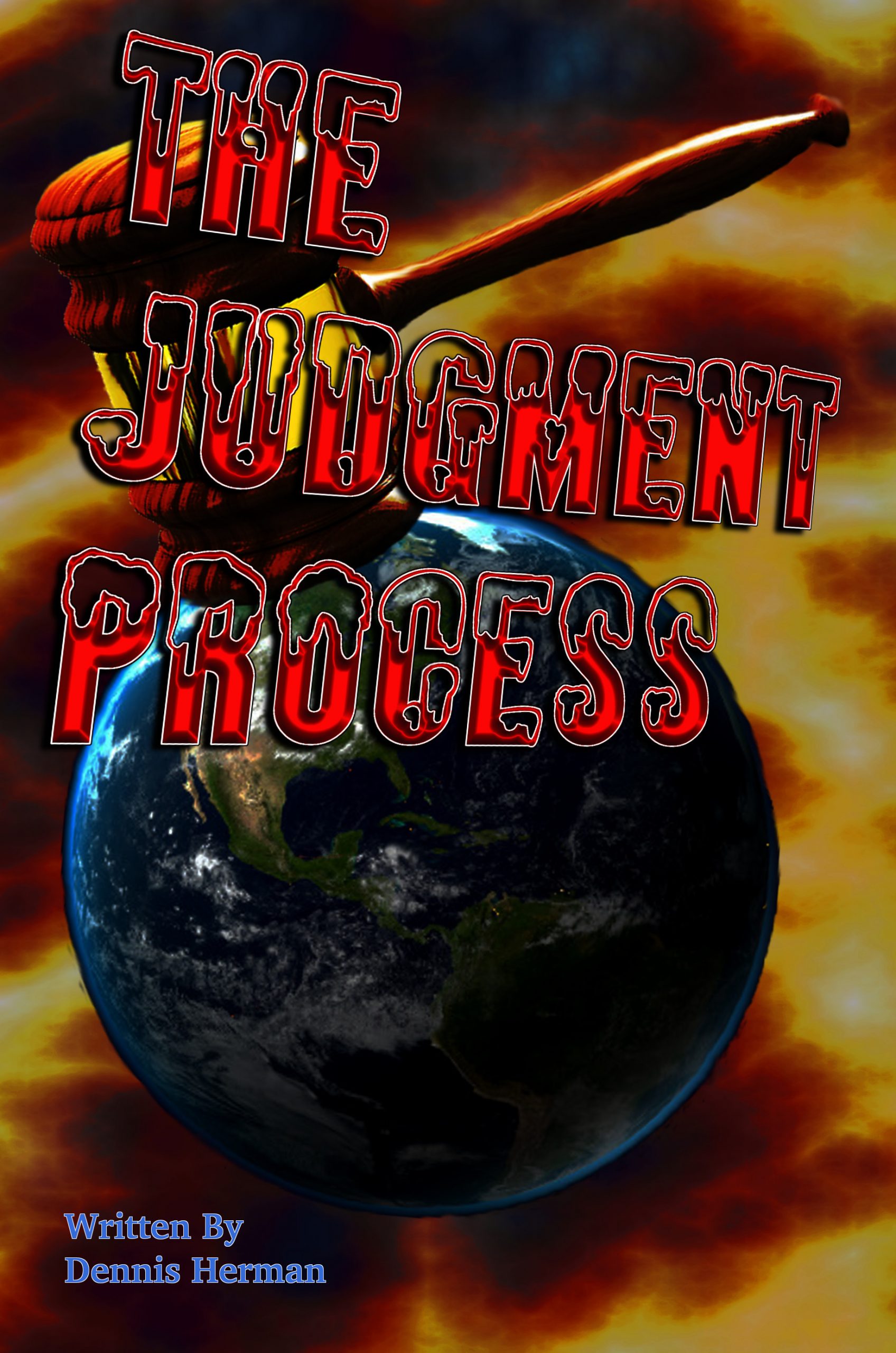 Chapter 14 The Judgment Ends Before the Plagues Begin

This may be the most important chapter in this book. It is the chapter that sparked the whole idea of a book. The sequence of God’s judgment is so easy to figure out, it surprises me there are any debates. Expect for those preachers who are in it for the money and telecast a new concept, guess, and threat every week. But I don’t pay attention to those carpet baggers. I prefer to stick to scripture and let the Bible explain the Bible. And here is one of the easiest lessons in the Bible to understand. 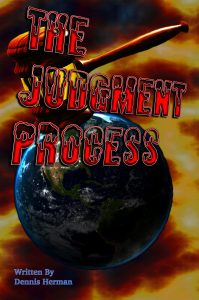 Matthew 9:35-38 RSVA And Jesus went about all the cities and villages, teaching in their synagogues and preaching the gospel of the kingdom, and healing every disease and every infirmity. (36) When he saw the crowds, he had compassion for them, because they were harassed and helpless, like sheep without a shepherd. (37) Then he said to his disciples, “The harvest is plentiful, but the laborers are few; (38) pray therefore the Lord of the harvest to send out laborers into his harvest.”

Matthew 13:27-30 RSVA And the servants of the householder came and said to him, ‘Sir, did you not sow good seed in your field? How then has it weeds?’ (28) He said to them, ‘An enemy has done this.’ The servants said to him, ‘Then do you want us to go and gather them?’ (29) But he said, ‘No; lest in gathering the weeds you root up the wheat along with them. (30) Let both grow together until the harvest; and at harvest time I will tell the reapers, Gather the weeds first and bind them in bundles to be burned, but gather the wheat into my barn.'”

When we put Revelation chapter 14 together with this parable, no one should have any problem seeing the connection and understanding what the harvest points to. Jesus didn’t want anyone to misunderstand, so He explained all the details.

Matthew 13:36-43 RSVA Then he left the crowds and went into the house. And his disciples came to him, saying, “Explain to us the parable of the weeds of the field.” (37) He answered, “He who sows the good seed is the Son of man; (38) the field is the world, and the good seed means the sons of the kingdom; the weeds are the sons of the evil one, (39) and the enemy who sowed them is the devil; the harvest is the close of the age, and the reapers are angels. (40) Just as the weeds are gathered and burned with fire, so will it be at the close of the age. (41) The Son of man will send his angels, and they will gather out of his kingdom all causes of sin and all evildoers, (42) and throw them into the furnace of fire; there men will weep and gnash their teeth. (43) Then the righteous will shine like the sun in the kingdom of their Father. He who has ears, let him hear.

When we have information like this, we have no excuse not to understand those symbols, or the judgment process. When we see a connection to the judgment and study, we should take those connections to heart and dive into our studies. As always, we should let the Bible identify symbols, time periods, and of course the sequence of events.

In this case, the end of the earth is near, but not quite here. The harvest is ripe. The angel used his sickle to harvest the grapes. But which grapes. The good grapes representing those close to God? Or sour grapes representing those who decided to strike out on their own without God? Based on the few facts presented, it is difficult to answer that question. But when we turn the page and read the continuation of this story, we can see how the harvest points to the beginning of a new scene here on earth.

Revelation 15:1-4 RSVA Then I saw another portent in heaven, great and wonderful, seven angels with seven plagues, which are the last, for with them the wrath of God is ended. (2) And I saw what appeared to be a sea of glass mingled with fire, and those who had conquered the beast and its image and the number of its name, standing beside the sea of glass with harps of God in their hands. (3) And they sing the song of Moses, the servant of God, and the song of the Lamb, saying, “Great and wonderful are thy deeds, O Lord God the Almighty! Just and true are thy ways, O King of the ages! (4) Who shall not fear and glorify thy name, O Lord? For thou alone art holy. All nations shall come and worship thee, for thy judgments have been revealed.”

This is one part of Revelation few people teach about. It shows the logical progression God used from one scene to another. If people knew about that logical progression, hundreds of modern day prophets would be without a TV show, video courses, speaking circuits, their church members would leave, all their funds would be gone, and they would find themselves in a position with nothing left to do but learn how to rely on God. Eventually time will run out. God’s Words are recorded in perfect order and God never needed anyone to rearrange them. In this case we see how the world is ripe for the final harvest. In other words, before the good can be permanently separated from the evil, the judgment process has to be completed. Once completed, the earth is ready to be harvested. But there is one more series of events that has to take place, the last seven plagues. This is exactly how God recorded the process, and exactly how it will happen. But there are dozens of Christian churches who disagree with the step by step process God told John to record. Dozens of religions rely on quite a different process that pits human effort against satanic agencies in a final battle for control of this world.

Looking back at what we’ve covered in this chapter, that type of teaching flies in the face of everything John recorded in Revelation. John emphasized the fact Heaven worships God because He is the Creator. God has total control over all the nations and armies in this world. God is in total control. But religions want to make superheros out of ordinary people who face those seven last plagues. They fight the devil as a last chance to be saved. Churches claim those people were left behind to prove their loyalty. None of that is in the Bible. All of that is made up. It is nothing more than a Hollywood version of salvation. And millions of people buy into it every year. Millions of people fund advertising to promote last chance or second chance salvation.

The Bible tells us a different story. When the judgment process is finished, this world faces its last seven plagues. Every being in Heaven praised God because His judgment was fair, honest, and perfect. That included the order God followed. Then we have people come along to rearrange that order. Or at least teach a different, more exciting order, they subtract details, add in a a few new details, and come up with a story that could not be further than the truth. In others words, those people are worshiping their ideas, and cast God, His plan, the Holy Spirit, and His Son to the side. God does not fit in with their plans, so they use just enough of God and the Bible to make it sound good, but rely on the fact, most people have no idea how to check out their stories. Then comes the distractions. They make hundreds of claims. They watch the news and a little army of lies hits the airwaves, Internet, social media services, and people cling onto the hope that this time that new set of promises is true. In short, they are time setting. They claim this symbol and that symbol points to the end. They claim our interaction with that city, this tribe, or that government controls the destiny of the world. They place the future of this world in the hands of anything and everything their imaginations can come up with. In the hands of everything except the hands the Bible pointed to, God’s hands.

When the KJV was translated, they needed a good point to stop one chapter and begin a new chapter. The introduction of the last seven plagues seemed like a good place. So chapter 15 began with the introduction of the seven last plagues. It is the beginning of a new chapter. Not the beginning of a new and separate time frame, a new event, something John added out of sequence, or none of the excuses theologians use to disrupt the sequence John recorded. It is as simple as turning the page and reading the next sentence John recorded. It’s time to take out the mystery people placed on Revelation and read the book with a little common sense.

The seven last plagues introduced a new set of people. A group is seen next to a sea of glass. How much of that vision is physical and how much is symbolism? If we look at it all as symbolism, we see one view. The sea is a symbol, glass is a symbol and the people are symbols. The Song of Moses symbolizes something. We have to allow the Bible to explain each of those details. We can’t afford to guess on any of them. We do see one detail, those people have an idea how to worship God. We have to keep that in mind as we progress through a study on God’s judgment.

There is no doubt that group knows God and knows about His judgment process. They followed orders, studied scripture, and were led to answers by the Holy Spirit. Based on the fact seven plagues lie ahead of this world, we know the world would not accept those people, or the message they carried. When we look at WIKI and the many opinions Christians have on the judgment process, we can see that few of them are willing to listen, much less give up their beliefs and listen to scriptural facts. The fact of the matter is, the people who will be lost in the judgment process decided to ignore millions of attempts by the Holy Spirit to reach them. If the Spirit could not reach them, what kind of chance will a common human being have? Not much.

There may be two messages this world may hear. The first is when Jesus moves from judging the living to judging the dead. If that is a message God decides to sent to this world, how many people would listen? How would that effect the world is everyone knew their name could be called at any moment? Would the world repent like those in Ninevah? Or would the world reject the message and continue on their way? I guess that would all boil down to a personal opinion. Some will be saved, but based on the evidence in Revelation, many will be lost.

Many people have and will continue to take bits and pieces of those plagues and try to make them fit into real time events. In other words, they have no respect for God’s Words, His timing, the plan of salvation, or the general rules of study explained and demonstrated in the Bible. They are after fame and fortune with no regard for the harm they are doing. Keep in mind the timing of those events in the order John described. When you see those plagues take place after the judgment period, you can see exactly who those plagues will target. That should be enough for you to move onto the next subject.