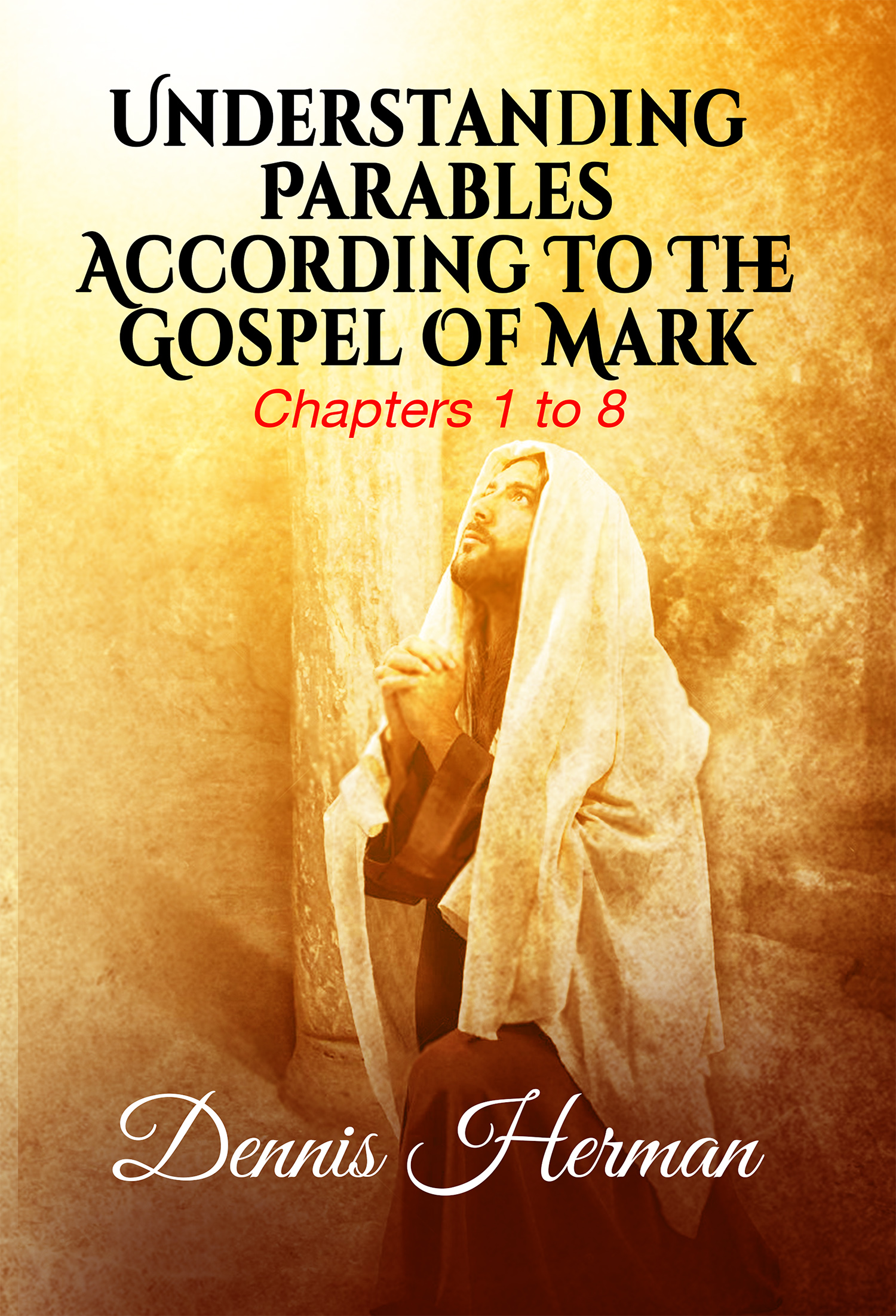 Mark 10:1-12 NLTse Then Jesus left Capernaum and went down to the region of Judea and into the area east of the Jordan River. Once again crowds gathered around him, and as usual he was teaching them. (2) Some Pharisees came and tried to trap him with this question: “Should a man be allowed to divorce his wife?” (3) Jesus answered them with a question: “What did Moses say in the law about divorce?” (4) “Well, he permitted it,” they replied. “He said a man can give his wife a written notice of divorce and send her away.” (5) But Jesus responded, “He wrote this commandment only as a concession to your hard hearts. (6) But ‘God made them male and female‘ from the beginning of creation. (7) ‘This explains why a man leaves his father and mother and is joined to his wife, (8) and the two are united into one.’ Since they are no longer two but one, (9) let no one split apart what God has joined together.” (10) Later, when he was alone with his disciples in the house, they brought up the subject again. (11) He told them, “Whoever divorces his wife and marries someone else commits adultery against her. (12) And if a woman divorces her husband and marries someone else, she commits adultery.”

At this point some Pharisees introduced the subject of divorce. Jesus used this as an opportunity to continue teaching about relationships. Here we see the contrast between the Pharisee’s view of marriage and God’s. The Pharisees favored a system favoring men. Jesus introduced God’s original concept of mutual dedication and equality.

What is Jesus really saying about divorce here? The only way to understand within the proper context is to look back and see how the author, Mark lead into this text. When we look back, we see Jesus teaching His disciples about relationships since the beginning of chapter 9 which begins with Jesus taking Peter, James, and John up a mountain where Jesus meets with Moses and Elijah. Then a cloud overshadowed them, and a voice from the cloud said, “This is my dearly loved Son. Listen to him.” (Mark 9:7 NLTse). God wanted us to pay attention and listen to Jesus because He was introducing a new subject, relationships.

Jesus introduced this new course by showing three of His disciples His relationship with Moses, Elijah, and of course, God, His Father. Why did Jesus introduce this subject with these particular people? Moses and Elijah were two of the most respected and better know prophets. The disciples had no problem recognizing them on the mountain. They were names people would pay attention to.

Later in chapter 9 Mark tells us, Jesus wanted to spend more time with his disciples and teach them. He said to them, “The Son of Man is going to be betrayed into the hands of his enemies. He will be killed, but three days later he will rise from the dead.” (Mark 9:31 NLTse). Jesus wanted to expand and enrich His relationship with the disciples. He longed for their encouragement and understanding. He also longed to share the scriptures telling about His sacrifice so they would pay closer attention to the details. Jesus knew teaching the prophecies He was about to fulfill was going to be one of the most important aspects of their ministry. If they were to become effective teachers, Jesus had to be their best friend. They had to know each intimate detail of Jesus and His life. The only way the disciples were going to start a new religion was to teach the connecting factors, each link in a manner that brought Jesus to life. Mere teaching from a book, memory, or imagination would never do. Their job was to teach everything about Jesus, the prophecies about Him, His life on earth, and His role in Heaven. They had to make it real. People had to believe Jesus fulfilled the prophecies, and lives to fulfill the remaining prophecies from His Heavenly throne.

Jesus used the love of a little child to illustrate the relationship He was teaching them. “Anyone who welcomes a little child like this on my behalf welcomes me, and anyone who welcomes me welcomes not only me but also my Father who sent me.” (Mark 9:37 NLTse). Jesus explained the direct correlation between helping a child, or anyone for that matter and how it relates to a close personal relationship with Himself and God the Father. Jesus used the concept of the family to explain the type of relationship He came to offer the world. It was easy enough for the disciples to see and understand love between a father and child. Jesus sitting in front of them with a child in his arms showed how the love He brought from Heaven extended beyond the immediate family to everyone. Jesus hoped they remembered earlier lessons, how He healed and helped everyone who came to Him. Jesus also explained His family extended to all His followers. “Anyone who does God’s will is my brother and sister and mother.” (Mark 3:35 NLTse).

Did you notice how Pharisees presented the question to Jesus? “Should a man be allowed to divorce his wife?” They intentionally put the man in charge of the situation. There was no question in their mind how a divorce should be handled. They studied, taught, and lived their interpretation and concept on divorce. That’s why Jesus asked them, “What did Moses say in the law about divorce?” He wanted their concept repeated so it would not be missed by future generations. “Well, he permitted it,” they replied. “He said a man can give his wife a written notice of divorce and send her away.” There is no doubt, the Pharisees view marriage as an institution where a man is in charge no matter what the circumstances.

Look at how Pharisees view marriage. “Should a man be allowed to divorce his wife?” This is a mindset they taught before committing to marriage. If a man is not happy with his wife for any reason, he can leave. The Pharisees claimed, “a man can give his wife a written notice of divorce and send her away.” Where was the woman’s input or view? In the eyes of the Pharisees, a woman was little more than a possession.

God has always used marriage as a symbol pointing to something far greater, our relationship with HIM. It was an institution created by God. Jesus knew they rejected God’s concept of marriage. By doing so, they also rejected a relationship with God. This was one reason they rejected Jesus. This was only one subject Jesus came to correct, which did not sit well with the Pharisees. Jesus responded, “He wrote this commandment only as a concession to your hard hearts. But ‘God made them male and female‘ from the beginning of creation.” Going back to Eden, Jesus reminded them of being created in God’s image and how God showed Adam unconditional love before bringing him Eve. You see how the Pharisees turned marriage into a one sided conditional agreement by teaching, “a man can give his wife a written notice of divorce and send her away.”

Jesus provided a simple response. “He wrote this commandment only as a concession to your hard hearts.” Although a divorce decree was given to Moses, Jesus pointed to their hard hearts indicating men requested the change in God’s perfect order. Jesus’ response not only began His explanation, but pointed to the form of religion they preferred with some on top, others beneath them, and a simple way of rejecting anyone who did not totally agreeing with every point. They turned God into a dictator fashioned after their concept of marriage. “What sorrow awaits you teachers of religious law and you Pharisees. Hypocrites! For you cross land and sea to make one convert, and then you turn that person into twice the child of hell you yourselves are!” (Matthew 23:15 NLTse).

Jesus explained God’s concept on marriage. “’God made them male and female‘ from the beginning of creation. ‘This explains why a man leaves his father and mother and is joined to his wife, and the two are united into one.’ Since they are no longer two but one, let no one split apart what God has joined together.” Jesus chose His words very carefully. He pointed to the equality God intended in a marriage. His response was a stark contrast to the statements made by the Pharisees. Jesus used a string of related words; joined, united, one, and together. There was no room for error, or false teaching when it comes to the subject of marriage. It was and always will be a symbol of Jesus’ relationship with His followers. Jesus could not afford to loose one of His sheep by teaching any other concept.

How can you divorce God? You are convinced that you are a guide for the blind and a light for people who are lost in darkness. You think you can instruct the ignorant and teach children the ways of God. For you are certain that God’s law gives you complete knowledge and truth. Well then, if you teach others, why don’t you teach yourself? You tell others not to steal, but do you steal? You say it is wrong to commit adultery, but do you commit adultery? You condemn idolatry, but do you use items stolen from pagan temples? (Romans 2:19-22 NLTse).

Why did Jesus enter into a controversy about divorce with the Pharisees? What lesson did Jesus want the disciples to learn? How did this build on the lessons Jesus already taught? Jesus showed the Pharisee’s concept on marriage was as distorted as their concept on the prophecies about the Messiah. Jesus was not only teaching His disciples how God viewed marriage and other relationships, He was also teaching His disciples to question tradition, measuring it against God’s Word.