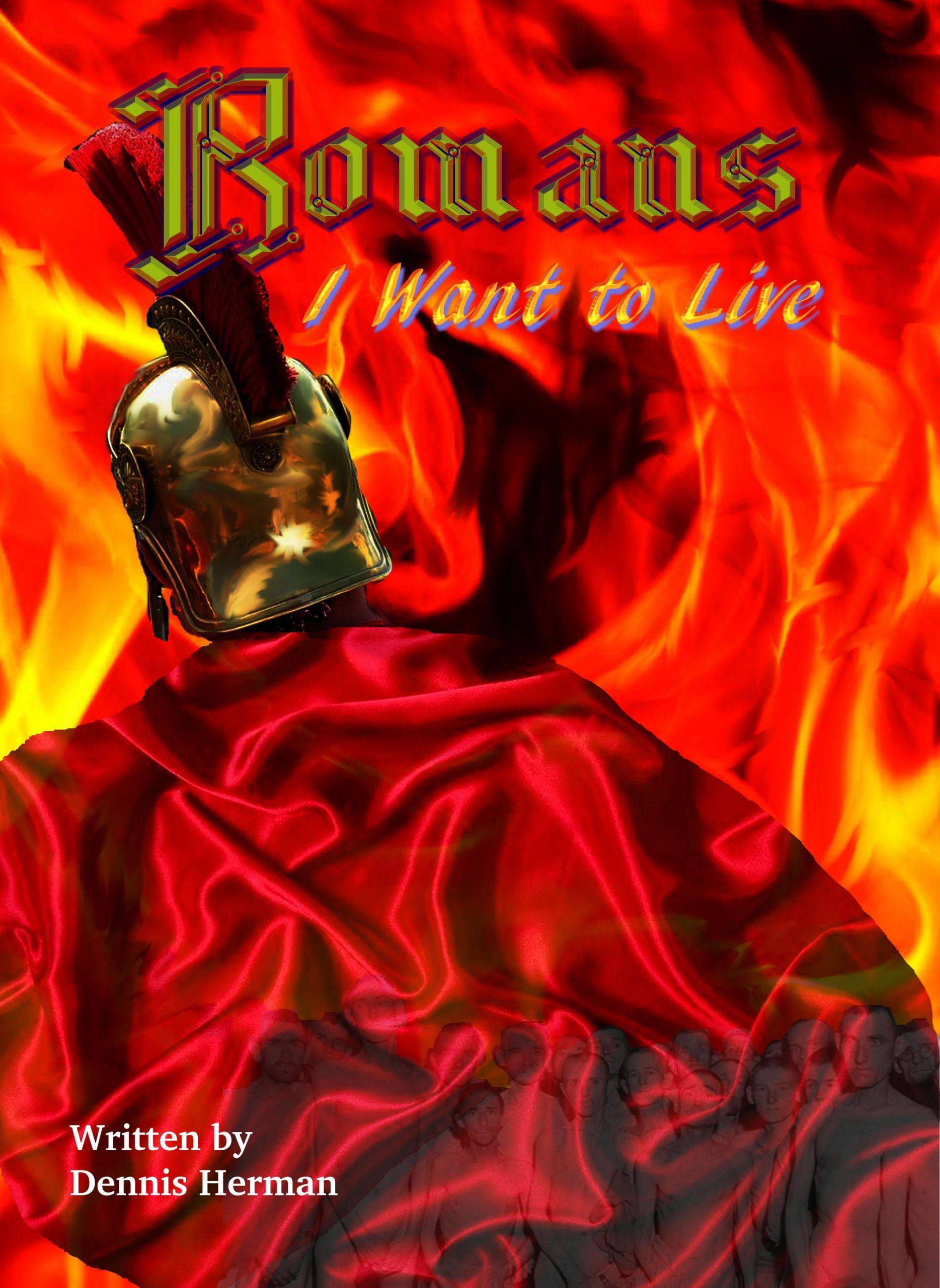 If you are looking for quick answers to the many questions people raise about Romans, and other books Paul recorded, you’re not going to find those simple, one line answers here. You will find out how Paul constructed this letter, and how he was inspired to write this letter. One of the most important lessons you will learn in this book is how Paul used contrasts throughout this book, and his other books. The reason that this important is, many people use the contrasts Paul used, and create new doctrines out of them. In other words, people have a tendency to take Paul’s examples out of context. Few people will explain what context is, and in many cases, teachers and preachers to not want people to know what context really is. This book is designed to explain what context is, and how Paul used it to write those unique letters.

Paul also tells us where that Good News is supposed to be delivered. Is that advice followed today? To a large degree, the Good News has been replaced by tradition. Paul had to go through a unique experience to open his eyes. One day on the road to Damascus. Jesus appeared to Paul. Jesus chose to appear in such a brilliant form, the sight blinded Paul. Seeing Jesus for the first time blinded Paul. Why? To show Paul how blind he was because those traditions did nothing but blinded people to the truth. It took Paul a number of days in darkness before he could see the light. During that time, Paul learned to listen to the Spirit, who explained what those symbols and prophecies pointed to. Paul had to forget all those traditions. Everything that was removed from Paul was replaced with the truth he was really searching for.

Paul didn’t hold anything back when he wrote about people who live to limit God, His Word, and for lack of a better example, what Paul recorded in his books. Paul showed the Romans why people stand on one point in the scriptures and use it to make a name for themselves. They are arrogant, and they want to hide their flaws. Paul showed one way we can identify those type of people. They will have one set of rules for themselves, and another set for everyone else. Jesus told the priests, that’s how the lived. Today we see the same thing and another battle Paul had to fight. People pick and choose what laws in the Old Testament to follow, and which have been done away with at the cross. The way Paul put it, it is best to avoid people like that. They are the wolves in sheep’s clothing other prophets wrote about. There is much greater evil below the surface. Sad to see, there are all kinds of people who prefer to follow the types of teachers Paul warned about.

Paul faced a group of Jews in Rome he had to remind about the origin of God’s children on this planet. Paul had to encourage those people to go back and review those stories. Not in the way they have been taught those stories, but examine them in the new light they received. Of course that light came in varying degrees to different people. Some people left Jesus. Some people followed Jesus for years. Some people saw and listened to Jesus for only a day. Some people witnessed the miracles Jesus performed. Some people were in fact healed by Jesus. Because few people in Rome actually saw any of those events, the Book of Romans gives us in in-depth look at how one inspired writer teamed up with the Spirit to reach a small number of people in the world capital.

Not everyone saw the same image of God. Some people saw Jesus heal, feed people, and show His compassion. Some people could see the real God in Jesus. Not everyone fell for the explanations taught by the Jewish leaders. That was a start, the beginning of a new and radical religious experience, to meet a side of God few people see or experience. A side of God that was in fact, dangerous to talk about. Imagine the attitude controlling the masses back then. If someone talked about God’s love, compassion, and the humbleness Jesus displayed, they were often met with threats, violence, and imprisoned. That was one of the world’s greatest contrasts, a vision of God. One view was offered, the other view forced upon people. And Rome stood still as one class of Jews discriminated against the other. Opposing views on religion was not new in the early days of Christianity. But we can learn a lot when we see how each side offered their view of God. I wonder if Paul could see into the future at all the different views of God that were soon to pop up all over the world, and how some groups went to drastic measures to force their views on the world.

Paul reminded us about the role the Holy Spirit plays in reaching people. It doesn’t matter if they are fellow Christians, or nonbelievers. Christ always has a part in our ministries. Without Christ and the Spirit He sent, we are nothing. We are spreading our own gospel, our own messages, our personal brand of religion. The point Paul is making is, “ In Christ Jesus, then, I have reason to be proud of my work for God.” What about that pride? Isn’t pride doing the best job you can? When we work with Christ, we work at a much higher level than this world can imagine, or is capable of. There is no doubt about Paul’s relationship with Christ. The question is, how do we get to that level?

Paul did one thing I wish we saw more of today. Paul pointed to Christ as his one and only source of information. Paul didn’t take any credit for figuring things out on his own, thinking up offices, doctrines, or appointing people to positions. Paul didn’t play any of those games we see played in churches these days. Paul took marching orders from Jesus. Paul recorded what Jesus told him to record. Paul didn’t add, subtract, or substitute a single word. Then why is that style of study absent in modern Christianity? Don’t people like Paul’s letters, or don’t they agree with certain parts of Paul’s letters? Then there are other parts preachers insist Paul was not clear on, or didn’t go far enough to explain the subject. In a nutshell, some people don’t study the Bible beyond looking for what pleases them. Those people become distractions and hinder the work. Isaiah hit the nail on the head when he said God’s people will not go out in haste. Paul wanted to be an example of that. Isaiah told us, the Lord will go out in front of us. God knows where He is sending us, what we will experience in that situation, and what we need to do in that situation. It is that simple.

God’s Timeline God’s timing is best explained using what we view as a linear, or strait, one dimensional timeline. Of course God has a different view of time. He knows nothing but eternity and has the power to see future events, as well as having a perfect memory of the past. Since we do not…
END_OF_DOCUMENT_TOKEN_TO_BE_REPLACED

Divisions Are Drawn It doesn’t matter if you are left or right, conservative or liberal, religious or an atheist, deep down inside we all have the same feeling. Either we know or we have a suspicion, covid-19 is a man made virus and we are at the mercy behind the formulation, release, and maintenance of…
END_OF_DOCUMENT_TOKEN_TO_BE_REPLACED

We Are Seeing Genesis Unfold Today People tend to skip over Genesis, missing the details that explain what we see happening today. The Bible has a tendency of revealing details we went over a hundred times. Then one day we read those same stories and the details jump off the page explaining everything we happen…
END_OF_DOCUMENT_TOKEN_TO_BE_REPLACED

The Bottomless Pit When we compare the events recorded in Revelation we can’t help but notice how relevant announcements are. So far angels, thunder, lightening, earthquakes, trumpets, and other things have been used to announce events. We see this repeated throughout Revelation. In some chapters the symbol is introduced and defined. In other cases the…
END_OF_DOCUMENT_TOKEN_TO_BE_REPLACED

Welcome to Satan’s Playground If you’ve ever wondered what hell looks like, take a look at 2021. We have vaccines forced upon us. In 2020 the government talked about spending a few billion dollars. In 2021 the government spent $11 trillion in the first six months and ran out of money. If the government accomplished…
END_OF_DOCUMENT_TOKEN_TO_BE_REPLACED

God’s Throne in Revelation Rev Ch 4 When we turn the page and begin to read the story in Revelation chapter 4, we are tempted to begin interpreting the passages based on what we’ve been taught. In this case, we are going to look at a few details, and also look for key words that…
END_OF_DOCUMENT_TOKEN_TO_BE_REPLACED

Today’s Idols When we look at the Bible we normally get an image of a carved, wooden figure when we think of idol worship. Society has filled our minds with endless images of a person or group of people bowing down in front of a wooden, silver, or gold image of some fictitious god.…
END_OF_DOCUMENT_TOKEN_TO_BE_REPLACED