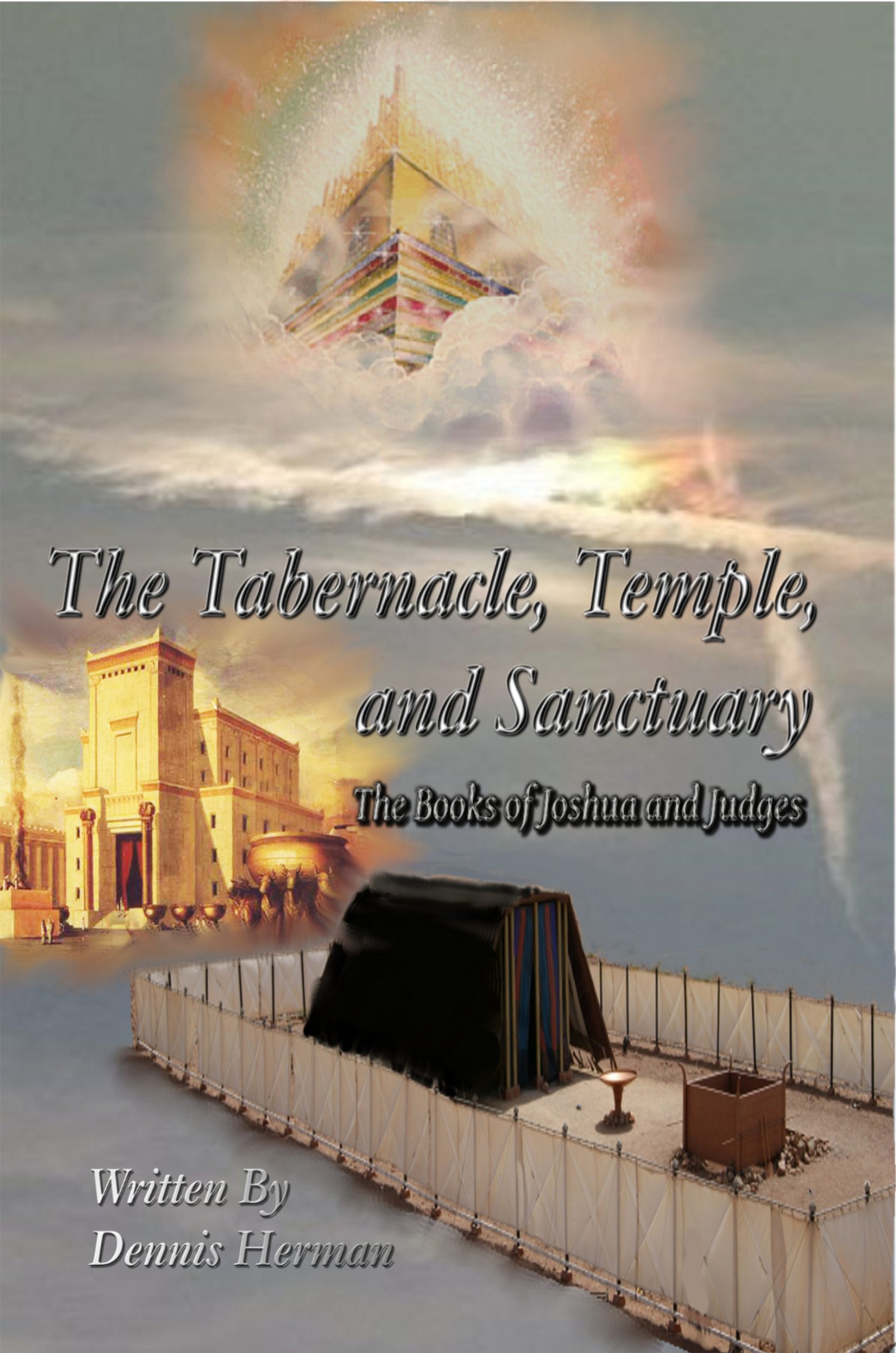 Judges 16:1-3 One day Samson went to the Philistine town of Gaza and spent the night with a prostitute. (2) Word soon spread that Samson was there, so the men of Gaza gathered together and waited all night at the town gates. They kept quiet during the night, saying to themselves, “When the light of morning comes, we will kill him.” (3) But Samson stayed in bed only until midnight. Then he got up, took hold of the doors of the town gate, including the two posts, and lifted them up, bar and all. He put them on his shoulders and carried them all the way to the top of the hill across from Hebron.

This is a part of the story that really gets to me. I wonder how many times Samson sat judging Israel, then went to see a prostitute. Let’s look back at the previous story to see what event led Samson to a prostitute in this story.

As Samson arrived at Lehi, the Philistines came shouting in triumph. But the Spirit of the LORD came powerfully upon Samson, and he snapped the ropes on his arms as if they were burnt strands of flax, and they fell from his wrists. Then he found the jawbone of a recently killed donkey. He picked it up and killed 1,000 Philistines with it. Then Samson said, “With the jawbone of a donkey, I’ve piled them in heaps! With the jawbone of a donkey, I’ve killed a thousand men!” When he finished his boasting, he threw away the jawbone; and the place was named Jawbone Hill. Samson was now very thirsty, and he cried out to the LORD, “You have accomplished this great victory by the strength of your servant. Must I now die of thirst and fall into the hands of these pagans?” So God caused water to gush out of a hollow in the ground at Lehi, and Samson was revived as he drank. Then he named that place “The Spring of the One Who Cried Out,” and it is still in Lehi to this day. Samson judged Israel for twenty years during the period when the Philistines dominated the land. (Judges 15:14-20).

You have to ask yourself, what would lead a man from a major victory straight to a prostitute? I would imagine, it was a little pride mixed with self satisfaction. When we look at what was recorded in the story, it is impossible to deny the fact, Samson wouldn’t have stood a chance without God’s help. To repeat that fact, God had to open a spring from the ground to satisfy Samson’s thirst. Was there a connection between the water and God’s Spirit in that story? In the beginning God created the heavens and the earth. The earth was formless and empty, and darkness covered the deep waters. And the Spirit of God was hovering over the surface of the waters. (Genesis 1:1-2).

Now we have to ask the question again? What would lead a man blessed by God to a prostitute? This may seem strange, but what does this tell us about Samson and his attitude? So many factors point to Samson’s self righteous attitude, self reliance, and the way he took credit for everything he accomplished. On the surface we can see how Samson visited that prostitute as a sort of reward for a job well done. We saw a connection between Samson and God. But that connection was soon severed. Samson didn’t ask God what to do next. Samson once again made up his own mind, and followed what we refer to as his own lust.

With that feud still going on strong, Samson left a sign behind when he pulled those gates out and carried them away. Samson showed the Philistines, he could come and go as he pleased. Once those gates were removed, the city was open to everyone. In a way, Samson left the city defenseless. Taking the gates was Samson’s way of showing the Philistines who was in charge.

This is the part of the story most people seem to know. The part where Samson toys with Delilah before revealing his secret. Here we have to ask a few technical questions to get to the spiritual side of the story. Why does the Bible contain back to back stories about prostitutes? Was it to bring attention to Samson’s attitude and choice in woman? Or was it to bring out a moral lesson we need to pay attention to? We really can’t ignore one without comparing the two. In other words, this story presents a way to look at the physical side, then search for the spiritual lessons involved.

How many people fall for the wrong woman? I know, since I was married to a woman only in the marriage for the money. That happens to a lot pf people. Marriages of convenience are not uncommon. This story brings out that fact in its own way. When money is involved, watch out. Things may not always be as they seem. There may be surprises waiting in the wings.

It seems everyone thought there was a mysterious secret to Samson’s strength. Some type of mystical power that made Samson strong. Don’t we often see the same belief with the Bible? Do this yourself. When someone shares some information from the Bible, ask them how they learned about it. In most cases, you’ll find out, they never studied the subject themselves. Somewhere along the line, someone provided the information. It sounded good, and agreed with what they believed. So that person decided to add those details to their private data base without ever consulting God or the scriptures to see it the facts were true.

Another mistake people make is to take a little bit of truth, mix it up with a lot of personal opinion, than make that a part of what they want to teach. Isn’t that a lot like what Samson did in all those stories about him? If and when you do find someone who claims to have actually studied the subject in scripture, ask them how they studied. In most cases, you won’t receive a straight answer. They will either dance around the subject, or change the subject. If you pay attention, you’ll see how their study is based upon some type of unexplained mysterious powers they claim to have. Some preachers like Samson actually boast about mystical powers they claim to have. In their minds, they eliminate competition by claiming to posses a mysterious force enabling only themselves to interpret scripture. But we’ve seen how easy studying can be. One of the easiest methods is to look back and learn from the sequence of events.

Since we learn from progression, it would only seem natural to look at the progression of lies Samson told Delilah. First is was strings. Not much of a surprise there. As soon as the Philistines hiding in the back bedroom arrived, Samson quickly broke them. Then it was ropes. It was as if Samson had to test his own strength one step at a time. When the Philistines hiding in the back bedroom were called, Samson broke those ropes. Then it was as if Samson wanted to taunt Delilah. He gave her a clue. Samson was back to his riddles. I wonder if Samson ever tested the strength of his hair before, or if that was the first time. Was Samson testing God? Once those Philistines hiding in the back bedroom were called, that loom met the same fate as the strings and ropes.

When looking at progressions, we have to look for similarities. What linked those tests? Those Philistines hiding in the bedroom. Wait a minute. Samson was known for his sex drive. Why was Samson in the living room while a group of Philistines were in the bedroom? That makes no sense at all? Why wouldn’t Samson ask what those men were doing there? Why didn’t Samson toss them out of the house the first time they appeared? Why didn’t Samson question Delilah about men in her bedroom? When we see details as strange as this, it is time to stop, pray, and ask God about the spiritual lessons.

In the end, Delilah played the love card to get the answer and reward. We can easily see where her heart was. It was focused on herself. She didn’t care about Samson, or those Philistines. All she wanted was the money. Delilah’s demands were described as torture. I’m sure some people can relate to that. But let’s back up a bit and compare that to previous stories about Samson. When he wanted to marry a Philistine woman, what do you think Samson did to get his way? Looking back on that series of stories, we can see how one person or group out to get an advantage over another did whatever it took for them to get their way. We also see a general lack of communication with God.

Obviously We Can See God Where would the first place you would look for God? Obviously in His Word. If God exists and if God was all knowing, seeing the beginning from the end, and has enough love for His people He wants to warn them of what coming, we would expect to see clear…
END_OF_DOCUMENT_TOKEN_TO_BE_REPLACED

How to Progress in a Bible Study After you find a place to begin a study, how do you progress? Where do you go from there? That has to be a question to ask and pray about. Lucky for us, the Bible is arranged in such a way that the Bible itself leads you from…
END_OF_DOCUMENT_TOKEN_TO_BE_REPLACED

God’s Timeline God’s timing is best explained using what we view as a linear, or strait, one dimensional timeline. Of course God has a different view of time. He knows nothing but eternity and has the power to see future events, as well as having a perfect memory of the past. Since we do not…
END_OF_DOCUMENT_TOKEN_TO_BE_REPLACED

Divisions Are Drawn It doesn’t matter if you are left or right, conservative or liberal, religious or an atheist, deep down inside we all have the same feeling. Either we know or we have a suspicion, covid-19 is a man made virus and we are at the mercy behind the formulation, release, and maintenance of…
END_OF_DOCUMENT_TOKEN_TO_BE_REPLACED

We Are Seeing Genesis Unfold Today People tend to skip over Genesis, missing the details that explain what we see happening today. The Bible has a tendency of revealing details we went over a hundred times. Then one day we read those same stories and the details jump off the page explaining everything we happen…
END_OF_DOCUMENT_TOKEN_TO_BE_REPLACED

The Bottomless Pit When we compare the events recorded in Revelation we can’t help but notice how relevant announcements are. So far angels, thunder, lightening, earthquakes, trumpets, and other things have been used to announce events. We see this repeated throughout Revelation. In some chapters the symbol is introduced and defined. In other cases the…
END_OF_DOCUMENT_TOKEN_TO_BE_REPLACED

Welcome to Satan’s Playground If you’ve ever wondered what hell looks like, take a look at 2021. We have vaccines forced upon us. In 2020 the government talked about spending a few billion dollars. In 2021 the government spent $11 trillion in the first six months and ran out of money. If the government accomplished…
END_OF_DOCUMENT_TOKEN_TO_BE_REPLACED