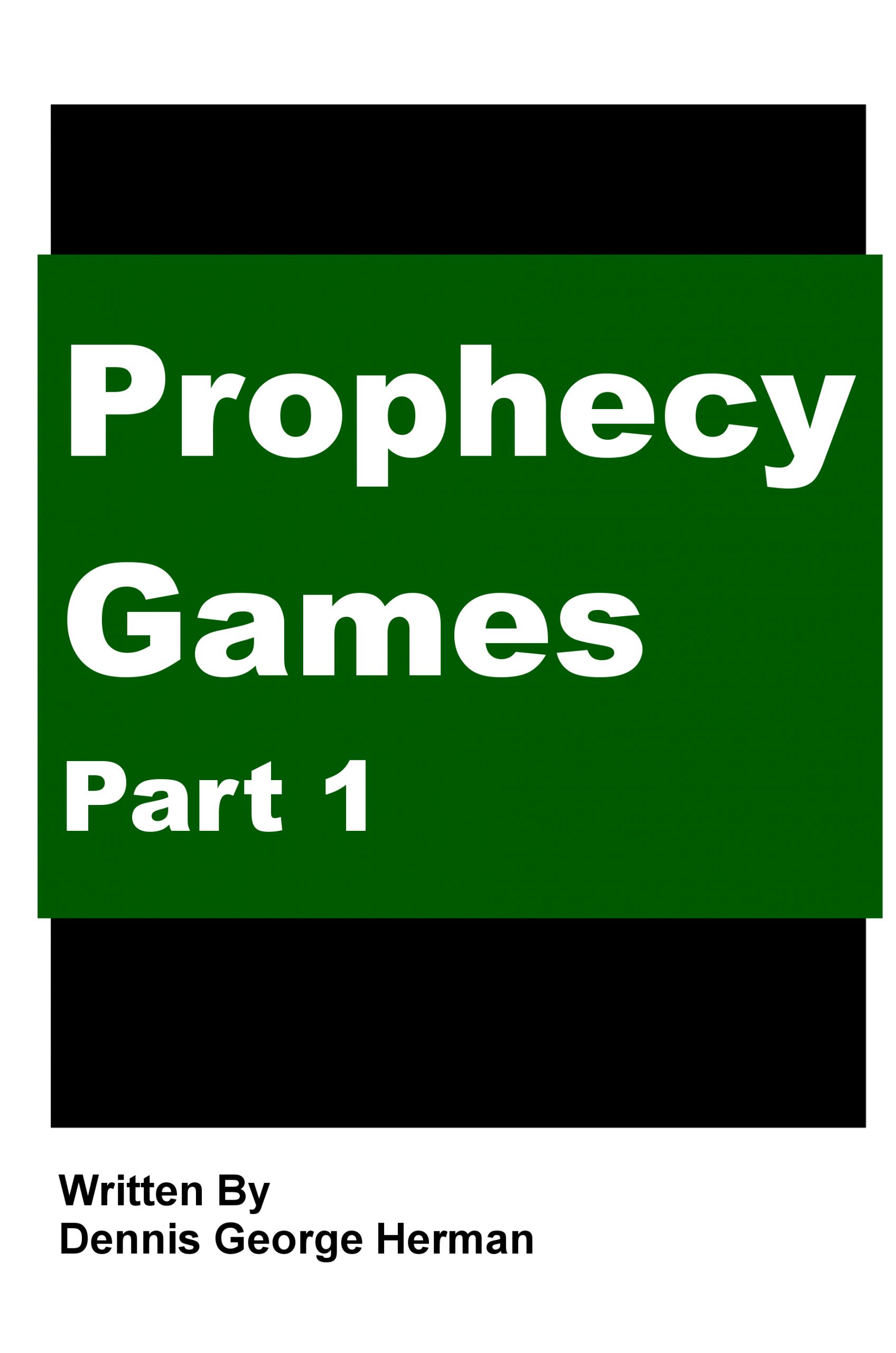 Exodus 15:13-18 NLTse “With your unfailing love you lead the people you have redeemed. In your might, you guide them to your sacred home. (14) The peoples hear and tremble; anguish grips those who live in Philistia. (15) The leaders of Edom are terrified; the nobles of Moab tremble. All who live in Canaan melt away; (16) terror and dread fall upon them. The power of your arm makes them lifeless as stone until your people pass by, O LORD, until the people you purchased pass by. (17) You will bring them in and plant them on your own mountain– the place, O LORD, reserved for your own dwelling, the sanctuary, O Lord, that your hands have established. (18) The LORD will reign forever and ever!”

As a new believer I cannot help but notice how the prophecies about Jesus in the Old Testament are arranged. Each teaches a fundamental rule of Bible study. Each entails a different method of study. It is as if God has placed these studies in a particular order so there could be not doubt, God is the author of His Book. Each study takes on more than its own form. It takes on its own life as God’s Word and the Spirit take over the chore of teaching lessons. This study is one of the easiest forms to learn and use. The lesson almost writes itself. As you will see, context itself establishes the direction and lesson.

In this particular case we begin, like all studies, by looking at the context. What is the scene, who is speaking, who are they speaking to, and what is the main theme?

Exodus 15:19 NLTse When Pharaoh’s horses, chariots, and charioteers rushed into the sea, the LORD brought the water crashing down on them. But the people of Israel had walked through the middle of the sea on dry ground!

The first lesson established in this study shows the importance of locating and READING associated texts. In this case we are comparing Old Testament texts to New Testament texts. Notice the details Paul adds to the subject. This opens up the mind, heart and soul to the SPIRIT’s guidance. It also establishes a direct Biblical connection between Israel’s travels across the wilderness and Jesus’ ministry.

The subject text is clearly associated with the beginning of Israel’s journey into the promised land. Once that is established, there are a few details requiring closer observation. Notice how a series of similar and related words are repeated? Hear and tremble, terrified, melt away, terror and dread fall upon them, makes them lifeless as stone, are arranged to draw attention to the particular point God is making. The Israelites just left Egypt. They have no idea where they are going, but God has already assured them, He has prepared a path for them. He wants them to know He will not only be with them, but prepare the way before them. God will clear out the threats and trials before Israel appears on the scene!

God knows they needed this assurance because of doubts they expressed when it appeared their backs were against the wall so to speak. Has God blessed you with miracles in your life? Do you remember past blessings when trials come up? Do you have enough faith to rely on God, that He has seen your trials long before they occur? Do you believe He would part a sea for you to get you to the other side?

God also makes specific promises on a spiritual note. He leads people He purchased. This seems like a strange statement considering the circumstances. On the surface, getting His people out of Egypt did not include any physical payment. When we search the word, “purchase,” we find texts which explain details of that purchase.

Ephesians 1:5-9 NLTse God decided in advance to adopt us into his own family by bringing us to himself through Jesus Christ. This is what he wanted to do, and it gave him great pleasure. (6) So we praise God for the glorious grace he has poured out on us who belong to his dear Son. (7) He is so rich in kindness and grace that he purchased our freedom with the blood of his Son and forgave our sins. (8) He has showered his kindness on us, along with all wisdom and understanding. (9) God has now revealed to us his mysterious plan regarding Christ, a plan to fulfill his own good pleasure.

Not only do we find God was clearing the way to the physical promised land for Israel well in advance, we see God already had a plan for salvation and was clearing a path for our way into the spiritual promised land way before He parted the Red Sea. God also makes a series of other spiritual promises. God will plant them on His Holy Mountain, where He dwells. God is not only promising, but inviting us to live with Him. It is described as a Sanctuary established with God’s own hands. In this case we find related texts by looking up a related word, “temple.”

1 Peter 2:4-5 NLTse You are coming to Christ, who is the living cornerstone of God’s temple. He was rejected by people, but he was chosen by God for great honor. (5) And you are living stones that God is building into his spiritual temple. What’s more, you are his holy priests. Through the mediation of Jesus Christ, you offer spiritual sacrifices that please God.

We can easily see how detailed information is added by comparing one text containing a prophecy with other texts explaining how it is fulfilled. In this particular case Paul used the journey to the promised land to illustrate a lesson he was teaching the new, growing church in Corinth.

1 Corinthians 10:5-10 NLTse (5) Yet God was not pleased with most of them, and their bodies were scattered in the wilderness. (6) These things happened as a warning to us, so that we would not crave evil things as they did, (7) or worship idols as some of them did. As the Scriptures say, “The people celebrated with feasting and drinking, and they indulged in pagan revelry.” (8) And we must not engage in sexual immorality as some of them did, causing 23,000 of them to die in one day. (9) Nor should we put Christ to the test, as some of them did and then died from snakebites. (10) And don’t grumble as some of them did, and then were destroyed by the angel of death.

1 Corinthians 10:11-13 NLTse (11) These things happened to them as examples for us. They were written down to warn us who live at the end of the age. (12) If you think you are standing strong, be careful not to fall. (13) The temptations in your life are no different from what others experience. And God is faithful. He will not allow the temptation to be more than you can stand. When you are tempted, he will show you a way out so that you can endure.

Paul confirms the importance of faith, believing God sees our trials long before they occur, and will always show us a way out, just as He did for Israel when He made a path through the Red Sea. God always has a plan. He gave us His promise to take us through this spiritual wilderness into the promised land He formed with His own hands. God even provided a description of the land He promised us. He wants us to have the assurance we need to build total trust and faith in Him.

Revelation 21:21-27 NLTse (21) The twelve gates were made of pearls–each gate from a single pearl! And the main street was pure gold, as clear as glass. (22) I saw no temple in the city, for the Lord God Almighty and the Lamb are its temple. (23) And the city has no need of sun or moon, for the glory of God illuminates the city, and the Lamb is its light. (24) The nations will walk in its light, and the kings of the world will enter the city in all their glory. (25) Its gates will never be closed at the end of day because there is no night there. (26) And all the nations will bring their glory and honor into the city. (27) Nothing evil will be allowed to enter, nor anyone who practices shameful idolatry and dishonesty–but only those whose names are written in the Lamb’s Book of Life.

God’s Timeline God’s timing is best explained using what we view as a linear, or strait, one dimensional timeline. Of course God has a different view of time. He knows nothing but eternity and has the power to see future events, as well as having a perfect memory of the past. Since we do not…
END_OF_DOCUMENT_TOKEN_TO_BE_REPLACED

Divisions Are Drawn It doesn’t matter if you are left or right, conservative or liberal, religious or an atheist, deep down inside we all have the same feeling. Either we know or we have a suspicion, covid-19 is a man made virus and we are at the mercy behind the formulation, release, and maintenance of…
END_OF_DOCUMENT_TOKEN_TO_BE_REPLACED

We Are Seeing Genesis Unfold Today People tend to skip over Genesis, missing the details that explain what we see happening today. The Bible has a tendency of revealing details we went over a hundred times. Then one day we read those same stories and the details jump off the page explaining everything we happen…
END_OF_DOCUMENT_TOKEN_TO_BE_REPLACED

The Bottomless Pit When we compare the events recorded in Revelation we can’t help but notice how relevant announcements are. So far angels, thunder, lightening, earthquakes, trumpets, and other things have been used to announce events. We see this repeated throughout Revelation. In some chapters the symbol is introduced and defined. In other cases the…
END_OF_DOCUMENT_TOKEN_TO_BE_REPLACED

Welcome to Satan’s Playground If you’ve ever wondered what hell looks like, take a look at 2021. We have vaccines forced upon us. In 2020 the government talked about spending a few billion dollars. In 2021 the government spent $11 trillion in the first six months and ran out of money. If the government accomplished…
END_OF_DOCUMENT_TOKEN_TO_BE_REPLACED

God’s Throne in Revelation Rev Ch 4 When we turn the page and begin to read the story in Revelation chapter 4, we are tempted to begin interpreting the passages based on what we’ve been taught. In this case, we are going to look at a few details, and also look for key words that…
END_OF_DOCUMENT_TOKEN_TO_BE_REPLACED

Today’s Idols When we look at the Bible we normally get an image of a carved, wooden figure when we think of idol worship. Society has filled our minds with endless images of a person or group of people bowing down in front of a wooden, silver, or gold image of some fictitious god.…
END_OF_DOCUMENT_TOKEN_TO_BE_REPLACED