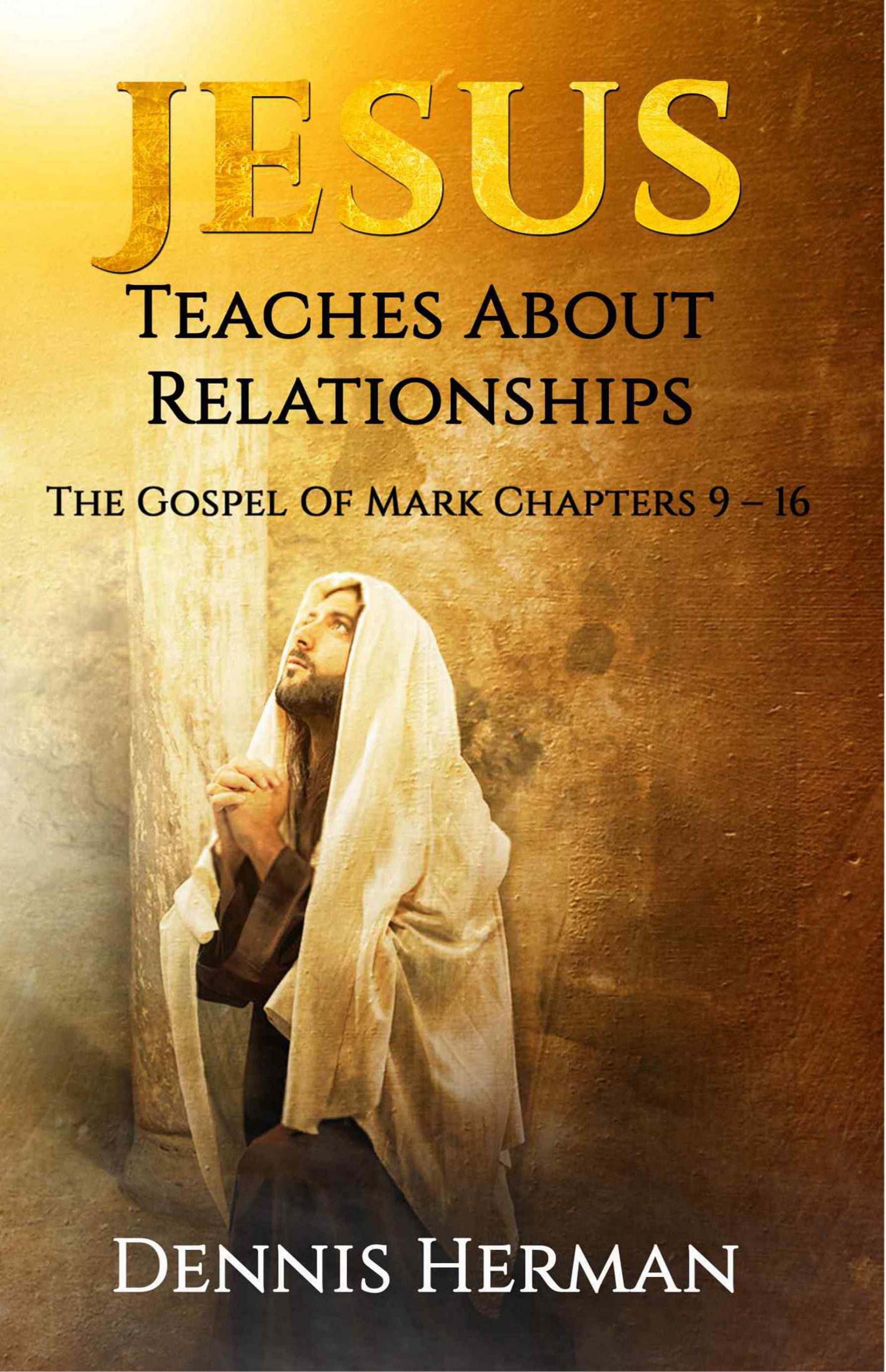 Mark 13:24-27 NLTse “At that time, after the anguish of those days, the sun will be darkened, the moon will give no light, (25) the stars will fall from the sky, and the powers in the heavens will be shaken. (26) Then everyone will see the Son of Man coming on the clouds with great power and glory. (27) And he will send out his angels to gather his chosen ones from all over the world–from the farthest ends of the earth and heaven.

The disciples asked Jesus when the temple will be completely demolished. Instead of answering their question, Jesus warned them about false Messiahs to come. Which was nothing new. Many already came claiming to be the Messiah. Everyone expected others to follow.

Next Jesus warned the disciples about wars between nations and kingdoms. Still there was nothing new the disciples heard. Jesus included warnings about earthquakes and famines. Earthquakes were rare, famines seemed to come almost every generation. The question still remained, when will the temple be demolished?

At this point Jesus was a little concerned. The disciples asked questions about a stone temple, but nothing about what counties and kingdoms will be at war, and where will earthquakes and famines occur? Showing more concern for a pile of stones that for people showed Jesus He had a lot more to teach the disciples in the little time remaining.

Jesus told the disciples they needed to watch out! He told His disciples they would be beaten in the synagogues, handed over to stand trial in front of kings and governors because they chose to follow Jesus. He told them not to worry about these threats because it was in fact an opportunity to tell them about Jesus. “For the Good News must first be preached to all nations.” Jesus wanted His disciples to know a lot of the battle would be personal. Entire governments would be against His disciples and the message they carried. Jesus led to this point so they would not forget the object lesson. Jesus did not want them spreading their own message, but the message the Spirit gave them to deliver. Jesus told them, “when you are arrested and stand trial, don’t worry in advance about what to say. Just say what God tells you at that time, for it is not you who will be speaking, but the Holy Spirit.”

It was a personal message with power to unite families. “Look, I am sending you the prophet Elijah before the great and dreadful day of the LORD arrives. His preaching will turn the hearts of fathers to their children, and the hearts of children to their fathers. Otherwise I will come and strike the land with a curse.” (Malachi 4:5-6 NLTse). Jesus warned the enemy would come between brothers, parents and their children. Satan will attack the family structure wherever he could. As the disciples listened they looked at one another still waiting for the answer they were waiting for. When will the temple be destroyed? It seemed Jesus covered every subject except for the one they were interested in. Finally Jesus talked about something related to the temple. Jesus told them about, “The day when you will see the sacrilegious object that causes desecration standing where he should not be.” The disciples knew Jesus was referring to scripture in Daniel. They know this was one of the major study methods Jesus used to teach, sending them back to the prophets. Some of the disciples began to think this must be why Jesus was not answering the question about the temple’s destruction. He wanted them to find the answer in scripture. They would have to listen closely for other clues.

Jesus’ clues began to make sense. There seemed to be a pattern forming. After talking about the temple walls being dismantled, He warned about false Messiahs. Only a few disciples noticed He returned to the same warning shortly after pointing them to Daniel’s comments about the desecration standing in the temple. This may explain one of the questions; Jesus used not only one, but a series of examples related to fleeing. They wondered what theses people were fleeing from. Maybe they were fleeing wars Jesus mentioned earlier.

Just when everything seemed confusing, Jesus began telling them about signs no one could miss. “At that time, after the anguish of those days, the sun will be darkened, the moon will give no light, the stars will fall from the sky, and the powers in the heavens will be shaken.” How could anyone miss a series of signs using the sun moon? Not to mention stars falling from the sky. The disciples now understood how important the message is. Based on what they heard that evening, it seemed people would not listen to the message, so God will send signs difficult to miss and deny. Realizing God would be there to help them deliver the message gave each of the disciples a warm feeling inside. Jesus looked at their faces while thinking about the end. He knew the message would be ignored, distorted, forgotten, ridiculed, denied, and missed by the majority of the world. Jesus knew how Satan would use divisions to work against His followers to hide the simple message. While His eyes swelled with tears and His heart ached in His chest, Jesus finished His story. “Then everyone will see the Son of Man coming on the clouds with great power and glory. And he will send out his angels to gather his chosen ones from all over the world–from the farthest ends of the earth and heaven.” Jesus knew so many would be left behind forever.

Jesus looked at the confused faces around Him. This was the first time they heard about His return associated with the end of the world. Popular belief taught the Messiah’s arrival marked a new beginning. It did, but not in this world, not right away. The Messiah’s Kingdom in this world would be established much later. His Kingdom must first be established in Heaven. This was one of the major mistakes the priests, Pharisees, and Sadducees made. All of their interpretations began and focused on earth. They had no desire to look to Heaven, where all events originated. God’s plan of salvation and all its major events begin in Heaven. This was part of the message Jesus was teaching.

Looking into the future, Jesus knew religious leaders would go back to personal interpretations much like Israel constantly returned to pagan gods they were told to vanquish from the promised land. Jesus knew they would return to their beliefs salvation and events leading to the Messiah’s return originated on earth. Jesus knew much of the world would never hear the message because His followers would forget how to listen, read, and understand. Jesus knew the fate of the world was in the hands and voices of the twelve in front of Him, and one of them was about to betray Him.

God’s Timeline God’s timing is best explained using what we view as a linear, or strait, one dimensional timeline. Of course God has a different view of time. He knows nothing but eternity and has the power to see future events, as well as having a perfect memory of the past. Since we do not…
END_OF_DOCUMENT_TOKEN_TO_BE_REPLACED

Divisions Are Drawn It doesn’t matter if you are left or right, conservative or liberal, religious or an atheist, deep down inside we all have the same feeling. Either we know or we have a suspicion, covid-19 is a man made virus and we are at the mercy behind the formulation, release, and maintenance of…
END_OF_DOCUMENT_TOKEN_TO_BE_REPLACED

We Are Seeing Genesis Unfold Today People tend to skip over Genesis, missing the details that explain what we see happening today. The Bible has a tendency of revealing details we went over a hundred times. Then one day we read those same stories and the details jump off the page explaining everything we happen…
END_OF_DOCUMENT_TOKEN_TO_BE_REPLACED

The Bottomless Pit When we compare the events recorded in Revelation we can’t help but notice how relevant announcements are. So far angels, thunder, lightening, earthquakes, trumpets, and other things have been used to announce events. We see this repeated throughout Revelation. In some chapters the symbol is introduced and defined. In other cases the…
END_OF_DOCUMENT_TOKEN_TO_BE_REPLACED

Welcome to Satan’s Playground If you’ve ever wondered what hell looks like, take a look at 2021. We have vaccines forced upon us. In 2020 the government talked about spending a few billion dollars. In 2021 the government spent $11 trillion in the first six months and ran out of money. If the government accomplished…
END_OF_DOCUMENT_TOKEN_TO_BE_REPLACED

God’s Throne in Revelation Rev Ch 4 When we turn the page and begin to read the story in Revelation chapter 4, we are tempted to begin interpreting the passages based on what we’ve been taught. In this case, we are going to look at a few details, and also look for key words that…
END_OF_DOCUMENT_TOKEN_TO_BE_REPLACED

Today’s Idols When we look at the Bible we normally get an image of a carved, wooden figure when we think of idol worship. Society has filled our minds with endless images of a person or group of people bowing down in front of a wooden, silver, or gold image of some fictitious god.…
END_OF_DOCUMENT_TOKEN_TO_BE_REPLACED