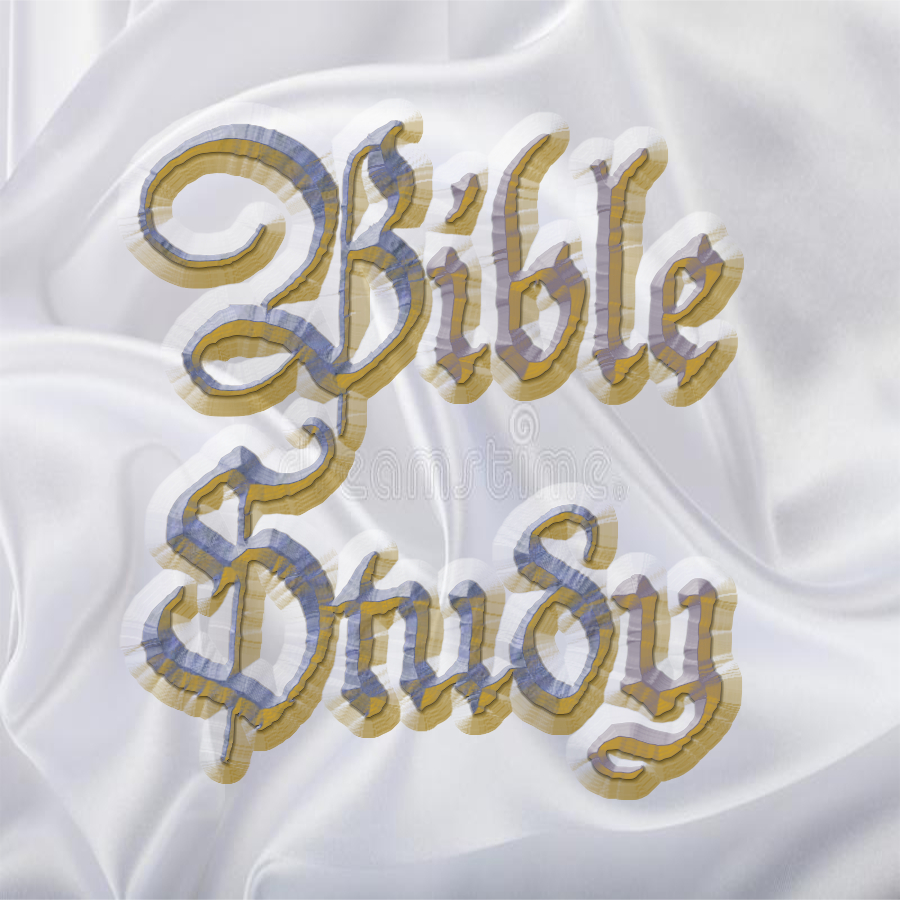 Discovering the Studies of the Great Disappointment

What lessons should the disappoint have taught us? I thought it would be interesting to reverse engineer this information to find out what methods of study Ellen White and the others may have used. Maybe this will show how, or why this information was missed, and reveal the lesson God taught. First it will help to gather a little back ground information on the subject.

Mr. Miller and those who were in union with him supposed that the cleansing of the sanctuary spoken of in Daniel 8:14 meant the

purifying of the earth by fire prior to its becoming the abode of the saints. This was to take place at the second advent of Christ; therefore we looked for that event at the end of the 2300 days, or years. But after our disappointment the Scriptures were carefully searched, with prayer and earnest thought; and after a period of suspense, light poured in upon our darkness; doubt and uncertainty were swept away. {CET 56.2}

Instead of the prophecy of Daniel 8:14 referring to the purifying of the earth, it was now plain that it pointed to the closing work of our High Priest in heaven, the finishing of the atonement, and the preparing of the people to abide the day of His coming. {CET 56.3}

Our calculation of the prophetic time was so simple and plain that even children could understand it. From the date of the decree of the king of Persia, found in Ezra 7, which was given in 457 before Christ, the 2300 years of Daniel 8:14 were supposed to terminate with 1843. Accordingly we looked to the end of this year for the coming of the Lord. We were sadly disappointed when the year entirely passed away, and the Saviour had not come. {CET 49.2}

It was not at first perceived that if the decree did not go forth at the beginning of the year 457 B. C., the 2300 years would not be completed at the close of 1843. But it was ascertained that the decree was given near the close of the year 457 B. C., and therefore the prophetic period must reach to the fall of the year 1844. Therefore the vision of time did not tarry, though it had seemed to do so. We learned to rest upon the language of the prophet: “The vision is yet for an appointed time, but at the end it shall speak, and not lie: though it tarry, wait for it; because it will surely come, it will not tarry.” Habakkuk 2:3. {CET 50.1}

God tested and proved His people by the passing of the time in 1843. The mistake made in reckoning the prophetic periods was not at once discovered, even by learned men who opposed the views of those who were looking for Christ’s coming. Scholars declared that Mr. Miller was right in his calculation of the time, though they disputed him in regard to the event that would crown that period. But they, and the waiting people of God, were in a common error on the question of time. {CET 50.2}

Those who had been disappointed were not long left in darkness; for in searching the prophetic periods with earnest prayer the error was discovered, and the tracing of the prophetic pencil down through the tarrying time. In the joyful expectation of the coming of Christ, the apparent tarrying of the vision had not been taken into account, and was a sad and unlooked-for surprise. Yet this very trial was necessary to develop and strengthen the sincere believers in the truth. {CET 50.3}

As early as 1842, the direction given in this prophecy, to “write the vision, and make it plain upon tables, that he may run that readeth it,” had suggested to Charles Fitch the preparation of a prophetic chart to illustrate the visions of Daniel and the Revelation. The publication of this chart was regarded as a fulfillment of the command given by Habakkuk. No one, however, then noticed that an apparent delay in the accomplishment of the vision—a tarrying time—is presented in the same prophecy. After the disappointment, this scripture appeared very significant: “The vision is yet for an appointed time, but at the end it shall speak, and not lie: though it tarry, wait for it; because it will surely come, it will not tarry. . . . The just shall live by his faith.” {GC88 392.1}

Ellen White has recorded some very significant points to consider. This prophecy had been studied by people lead by God, who dedicated themselves to the work of accurately interpreting this message from God. When the time had passed they studied the scriptures to see if they had missed something. In their new studies they found an important verse in which they had overlooked a small portion. We know they had studied this verse, because we are told it had been considered as early as 1842.

We know, God held His hand over this portion of the text until the time God chose to reveal it. Which leads me to my question. Knowing how the early pioneers studied the Bible, do connections exist between these two texts? 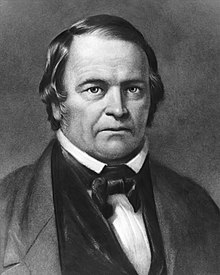 William Miller recorded his 14 Rules of Interpretation in which he explains the methods of study used and taught to the early Adventists. His rules tell us, they used simple word studies, in which key words are identified and used to find related texts. Using William Millers method of simple word studies, let’s examine the texts they studied, and see if the key words should have revealed this message before the disappointment.

Daniel 8:14-19 And he said unto me, Unto two thousand and three hundred days; then shall the sanctuary be cleansed. (15) And it came to pass, when I, even I Daniel, had seen the vision, and sought for the meaning, then, behold, there stood before me as the appearance of a man. (16) And I heard a man’s voice between the banks of Ulai, which called, and said, Gabriel, make this man to understand the vision. (17) So he came near where I stood: and when he came, I was afraid, and fell upon my face: but he said unto me, Understand, O son of man: for at the time of the end shall be the vision. (18) Now as he was speaking with me, I was in a deep sleep on my face toward the ground: but he touched me, and set me upright. (19) And he said, Behold, I will make thee know what shall be in the last end of the indignation: for at the time appointed the end shall be.

Habakkuk 2:1-6 I will stand upon my watch, and set me upon the tower, and will watch to see what he will say unto me, and what I shall answer when I am reproved. (2) And the LORD answered me, and said, Write the vision, and make it plain upon tables, that he may run that readeth it. (3) For the vision is yet for an appointed time, but at the end it shall speak, and not lie: though it tarry, wait for it; because it will surely come, it will not tarry. (4) Behold, his soul which is lifted up is not upright in him: but the just shall live by his faith. (5) Yea also, because he transgresseth by wine, he is a proud man, neither keepeth at home, who enlargeth his desire as hell, and is as death, and cannot be satisfied, but gathereth unto him all nations, and heapeth unto him all people: (6) Shall not all these take up a parable against him, and a taunting proverb against him, and say, Woe to him that increaseth that which is not his! how long? and to him that ladeth himself with thick clay!

There are a number of other similarities in the two texts, but these example illustrate the point, these two texts are spiritually related, and the relationship can be easily discovered through a simple word study.

Why would God hide this information until after the time had passed? There may be many reasons. The first may be the shaking, in which the moderate believers were separated from the true believers. You will notice, only a small number of people went back to study the scriptures.

Another lesson God may have been teaching is, we should never be satisfied with the interpretations we have. We need to continue to study to find anything we may have missed.

This also shows, God is in charge, no matter what we may think. When they had studied Habakkuk in 1842, why didn’t they understand the entire text? There were other parts of the texts they did not understand at the time.

After the disappointment they noticed Daniel was sleeping while the message was given to him. When they realized this, it instantly lead them to the parable of the ten virgins. This teaches another lesson. When God reveals something, He reveals it in a number of passages. One person may discover one, another person will discover a different verse, both have the same spiritual meaning. This removes the feeling of self reliance.

This teaches us we are supposed to cooperate when studying the Bible. God does not reveal all His truth to any one individual, but a little here, and a little there. Once the whole is put together, it leads to a greater understanding. This also shows, God has used His word to separate the wheat from the tares. In other words, those who think they know everything, from God’s true followers.

This also teaches the proper method of Bible study. God’s words must be carefully compared between one verse and another. When simple words are overlooked, the message is lost. When speculation enters into a study of God’s word, the true meaning of God’s message is missed.

“In His word, God has revealed saving truths. As a people we should be earnest students of prophecy; we should not rest until we become intelligent in regard to the subject of the sanctuary, which is brought out in the visions of Daniel and John. This subject sheds great light on our present position and work, and gives us unmistakable proof that God has led us in our past experience. It explains our disappointment in 1844, showing us that the sanctuary to be cleansed was not the earth, as we had supposed, but that Christ then entered into the most holy apartment of the heavenly sanctuary, and is there performing the closing work of His priestly office, in fulfillment of the words of the angel to the prophet Daniel, ‘Unto two thousand and three hundred days; then shall the sanctuary be cleansed.’ Daniel 8:14. {LS 278.1}