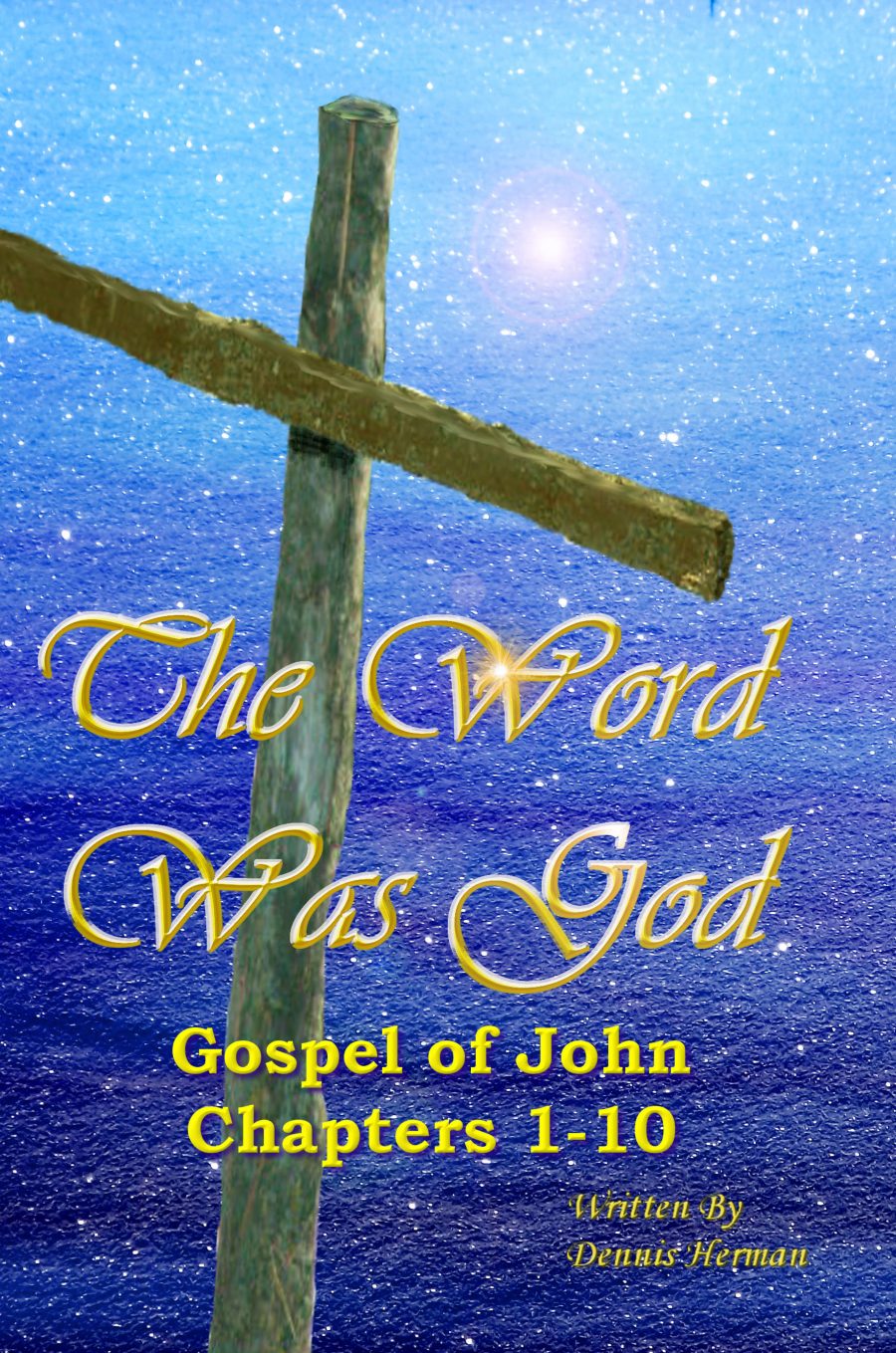 John 6:1-15 NLTse After this, Jesus crossed over to the far side of the Sea of Galilee, also known as the Sea of Tiberias. (2) A huge crowd kept following him wherever he went, because they saw his miraculous signs as he healed the sick. (3) Then Jesus climbed a hill and sat down with his disciples around him. (4) (It was nearly time for the Jewish Passover celebration.) (5) Jesus soon saw a huge crowd of people coming to look for him. Turning to Philip, he asked, “Where can we buy bread to feed all these people?” (6) He was testing Philip, for he already knew what he was going to do. (7) Philip replied, “Even if we worked for months, we wouldn’t have enough money to feed them!” (8) Then Andrew, Simon Peter’s brother, spoke up. (9) “There’s a young boy here with five barley loaves and two fish. But what good is that with this huge crowd?” (10) “Tell everyone to sit down,” Jesus said. So they all sat down on the grassy slopes. (The men alone numbered 5,000.) (11) Then Jesus took the loaves, gave thanks to God, and distributed them to the people. Afterward he did the same with the fish. And they all ate as much as they wanted. (12) After everyone was full, Jesus told his disciples, “Now gather the leftovers, so that nothing is wasted.” (13) So they picked up the pieces and filled twelve baskets with scraps left by the people who had eaten from the five barley loaves. (14) When the people saw him do this miraculous sign, they exclaimed, “Surely, he is the Prophet we have been expecting!” (15) When Jesus saw that they were ready to force him to be their king, he slipped away into the hills by himself.

I have to jump into a story about this scene on this one, but first, I want to point out one text. “He was testing Philip, for he already knew what he was going to do.” Why was Jesus testing Philip? The last time we saw Philip was in chapter 1. John didn’t say much about Philip, except for the fact he went to find his brother Nathanael, told him about Jesus and brought his brother to meet Jesus.

A vast crowd followed Jesus and His disciples up the mountain. Jesus stopped at a level and grassy area. Jesus climbed a small bluff to look over the crowd. Philip climbed up after Jesus and stood next to Him. A soft wind blew their hair and coats back. Jesus and Philip had to squint looking into the wind. Philip looked over to see Jesus’ eyes watering up. Was it the wind or His concern for the crowd? Jesus turned face to face with Philip and asked, “Where can we buy bread to feed all these people?” Philip looked at a single tear fall from Jesus’ eye as he thought about an answer.

Here we see this chapter beginning with John telling us about Jesus crossing a lake. This lake is significant in the fact it has Jews on one side and Gentiles on the other. It not only has a spiritual significance, Jesus used it as a tool to teach. Other authors placed Jesus on the Gentile side of the lake when He fed the 4000 and 5000 men, plus women and children.

The Passover was celebrated to remember how an angel of death passed over homes in Egypt that had blood on the door post. If blood wasn’t covering the doorposts, the angel went in to take the life of the first born son in the household. After the promised land was settled, they were to write the Ten Commandments in the sides of their doors. This was a way of showing how the blood of the lamb covered the law. But what does that have to do with the meal Jesus served that day?

The Passover also reminded people of the bondage God freed them from. We can’t forget, thousands of people left Egypt with the Hebrews. Jesus was ministering to those other people during that Passover. We have to remember, there were only three Passover celebrations during Jesus’ ministry. John recorded the first one when Jesus fashioned that whip and disrupted business inside the temple courtyard. This is the second. And of course the third was when Jesus taught a series of parables days before His arrest and series of trials leading to His execution. At this point all we can see in Jesus’ Passover celebration with the Gentiles is the fact He fed them. On the spiritual side we see, Jesus’ ministry offered freedom from bondage to sin.

What do we learn about this story when we look back to see how John led into it?

For I have come to you in my Father’s name, and you have rejected me. Yet if others come in their own name, you gladly welcome them. No wonder you can’t believe! For you gladly honor each other, but you don’t care about the honor that comes from the one who alone is God. “Yet it isn’t I who will accuse you before the Father. Moses will accuse you! Yes, Moses, in whom you put your hopes. If you really believed Moses, you would believe me, because he wrote about me. But since you don’t believe what he wrote, how will you believe what I say?” (John 5:43-47 NLTse).

Now we can see why Jesus tested Philip. He wanted to see if Philip believed Jesus came from God. John also pointed us back to Moses, who recorded all the details about the first Passover. This shows how it’s always good to go back and review the original design, function, and intent. I’ve heard so many people do silly things, then insist, “it’s tradition.” Well in most cases, if they would have gone back a few years, maybe even generations, they’d find, they used to do things totally different. I think the new urban definition of tradition is, “this is how we do it now and we ain’t gonna change it as long as I’m around.” Let’s go back another step to a reliable source, the Bible. What would those people find if they checked their traditions against the Bible. They wouldn’t find most of them in the Bible. Fact of the matter is, the Passover saw a series of changes between Moses and Jesus’ time. Passover was still a tradition, but underwent a series of changes by the Jewish leaders.

Jesus was breaking from that tradition for a while. There were no homes on that hillside where He fed all those people. So there was no need to sacrifice a bunch of lambs and smear doorposts with blood. That’s why Jesus provided a simple meal of bread and fish. 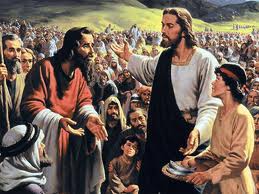 Philip needed to learn a lesson. Jesus saw a lot of potential in Philip, the question was, how to being it out. Jesus looked over the crowd for a few minutes. A few more tears came from His eyes. Philip had a lot in common with Andrew. They were both very good looking men. About the same size, shape, and age. Both had older brothers in the ministry. Jesus could see how their older brothers held them back from reaching their full potential.

Andrew found a young boy with a lunch bag full of bread and fish. When the disciples went out among the crowd to look for food, the boy jumped up to offer the lunch his mother packed for him. He ran up to Andrew, flung open his bag and said, “I have enough for everyone!” That little boy had eyes that could melt any heart. The hair hanging down over his face couldn’t hide the excitement inside of them. Andrew took the boy and his treasure to see Jesus.

Philip watched as the boy showed Jesus his lunch with a huge smile on his face. Andrew and Philip watched as Jesus knelt on one knee to inspect the feast inside the small bag. With one hand on the child’s face, the other helping to hold the bag, Jesus affirmed, “yes, this is more than enough.” Jesus took the bag from the boy, making a sound like the weight was almost too much for Jesus to handle on His own. Jesus asked for a basket. Andrew quickly brought one. Jesus asked the boy to help dump all that food into the basket. He popped up with a look in his eyes no one would ever forget. Once the five barley loaves and two fish were in the basket, the little boy helped Jesus lift it up. The boy stood there with his arms in the air like some unseen force helped Jesus hold that basket over His head as He blessed it. 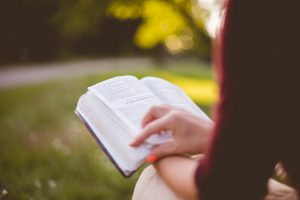 The boy played an integral part in this event. He showed the disciples, Andrew and Philip in particular, how much Jesus cared for people, including little boys, and how they possess the ability to put incredible accomplishments into action. Jesus wanted to show them, the size of the offering doesn’t matter, once Jesus, God, and His Spirit begin working together, more will be accomplished than anyone could ever imagine.

When Jesus brought the basket down, He did need help to set it on the ground. He smiled as the little boy was more than happy to hold up his end. Everyone around Jesus bend over and looked at the basket, now filled with bread and fish. Jesus told them to bring more baskets. The disciples went into the crowd asking for empty baskets. One after another they brought back empty baskets, filled them with beard and fish, took them out to the crowd and returned with another empty basket. Philip stood and watched for a while. He couldn’t believe what he was seeing.

Jesus sat down with the boy on His lap watching as excitement moved through the crowd like a title wave as news spread faster than the food. Philip walked over to the basket the other disciples had been taking basket after basket full of food from, took two loaves and two fish, walked over and gave them to Jesus and the little boy on His lap. The little boy looked up at Philip and said, “my mom made those over there.” He looked up at Jesus and added, “your Father made these.”

After eating, it didn’t take long for people to begin falling to sleep. The little boy rested gently in Jesus’ lap. That’s when Jesus sent His disciples out to gather up the leftovers. It was a surprise Jesus wanted the little boy to see when he woke up.

Who knows what those people were dreaming or what they talked about while they ate. When the people saw him do this miraculous sign, they exclaimed, “Surely, he is the Prophet we have been expecting!” They wanted to make Jesus their king.

This may make a lot of people think Jesus fed a crowd of Jews. Since it was the Passover, that is doubtful. We’ve seen how the woman in Samaria had her own view of God. We’ve also seen how the promise of a prophet brought the entire city to Jesus. Does it really matter who that group consisted of? The lesson was for everyone to learn. Jesus looks at the effort and what’s in the heart, not the size of the offering or the ability of the person offering the gift.