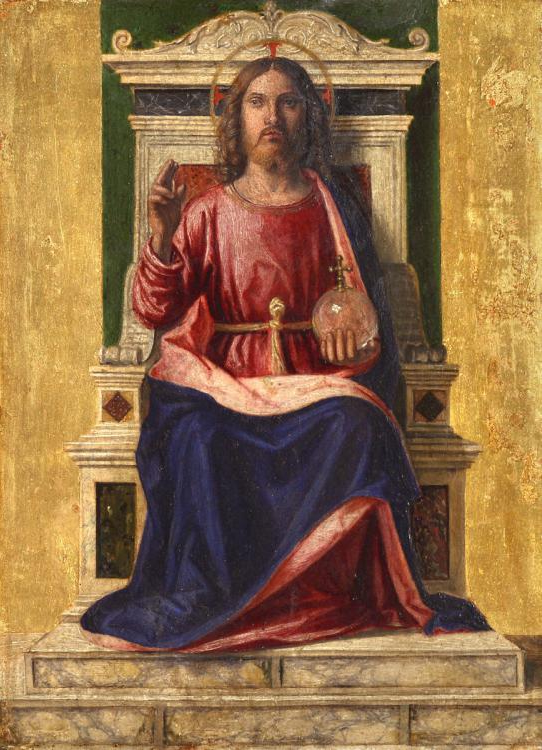 I am really surprised at what the LORD revealed about the condition of this world by using of all things, toilet paper. Has anyone prayed about this situation? Well that is the first thing the LORD revealed about this world, how people have no idea how to pray. In the LORD’s eyes, many self professed Christians decided to use prayer to direct God. They wanted to be the first to tell Jesus and the Holy Spirit how to solve this virus problem. They are as guilty and self centered as those people hoarding toilet paper and other goods. Imagine, people actually believing they have the solution to this epidemic and thinking all they need to do is tell God how to solve the problem and God will follow their directions. Those people don’t know the first thing about being Christian. They are doing more harm than good.

Those who mastered the art of listening to God’s voice see this epidemic for what it is. The saints can see how God just showed us a glimpse of the judgment process. Remember, when we finally reach Heaven, the first thing we are going to do is join Heaven in praising God because His judgment is just, true, and perfect. How are we gong to praise God from the heart if we don’t know that judgment process and we had no idea it was happening in front of our eyes?

I’ve always known God to have a sense of humor. But to sit back, watch Satan manipulate the world through fear, then use of all things, toilet paper to teach what will be the most important lesson in this generation. We truly serve a living and all knowing God who shows us He is in total control.

I’ve been waiting for someone, anyone to use scripture to compare the object lessons in scripture to what we see in this world during the great toilet paper crisis. There are dozens of stories. God opened a window of opportunity to reach out to people. But for the most part, Christians are wrapped up in themselves and the answers they come up with using their own imaginations. I have seen saints opening their doors and hearts to help people. But they are few and far between. Let’s look at a few stories that could help this world.

So Moses made a bronze serpent, and set it on a pole; and if a serpent bit any man, he would look at the bronze serpent and live. (Numbers 21:9 RSVA).

When we look at any story in the Bible we have to ask if the context matches the situation in this world we are comparing it to. We see that parallel when we pray and read the entire story. In the story about the bronze serpent we see parallels. Israel was not happy with what God gave them. That brought out God’s wrath. The only thing to save them was a symbol of Jesus none of them understood at the time.

For thus says the LORD the God of Israel, ‘The jar of meal shall not be spent, and the cruse of oil shall not fail, until the day that the LORD sends rain upon the earth.'” (1 Kings 17:14 RSVA).

With a single prayer Elijah stopped the rain. People were starving. You can believe people had been hoarding food and supplies. They had no faith in God. They relied on themselves and their selfishness. Just like today. The point of that story is, the plague will continue until people turned back to God. The God who made sure the oil and flour would not fail.

Then the fire of the LORD fell, and consumed the burnt offering, and the wood, and the stones, and the dust, and licked up the water that was in the trench. And when all the people saw it, they fell on their faces; and they said, “The LORD, he is God; the LORD, he is God.” (1 Kings 18:38-39 RSVA).

Even the people who witnessed this unquestionable sign turned to God for a time, then eventually left Him. We see people praying, demanding God stop this epidemic. People use prayer to direct God like they are in charge and God was created to serve them. They are from the order of Baal. They chant, repeat themselves, but will never direct God to do a thing that would only bring glory to themselves. One man acting alone made the difference. No one offered to help Elijah move those stones to build an alter. No one believed God existed until they saw fire come down from Heaven. Then they only believed for a short time. God will not allow people like that into Heaven.

And he lay down and slept under a broom tree; and behold, an angel touched him, and said to him, “Arise and eat.” And he looked, and behold, there was at his head a cake baked on hot stones and a jar of water. And he ate and drank, and lay down again. And the angel of the LORD came again a second time, and touched him, and said, “Arise and eat, else the journey will be too great for you.” (1 Kings 19:5-7 RSVA).

How many more stories in the Bible were designed to share at times such as these? Plenty. But it seems few people know how to pray and listen to that still small voice. Hardly anyone wants to get out of the spectator stands, put on their pads and get into the game for the LORD.

And they ate, and were satisfied; and they took up the broken pieces left over, seven baskets full. And there were about four thousand people. (Mark 8:8-9 RSVA).

Jesus said, “Make the people sit down.” Now there was much grass in the place; so the men sat down, in number about five thousand. Jesus then took the loaves, and when he had given thanks, he distributed them to those who were seated; so also the fish, as much as they wanted. (John 6:10-11 RSVA).

There are dozens of stories people could have shared on social media. But no one was listening. How do you know what story to share? How do you know when to share that story? How to you know who to share that story with? God knows everything. God knows what people need and when they need it. Those people praying for an end of that virus never met God. They don’t know God, the Holy Spirit, or the way God operated. Look at all those stories. The people had to wait until they were ready to receive the message. They had to be broken. They had to face a situation where there was no place to turn. They had to see their priests and leaders fail. They had to be prepared to return to God. The main theme from all those stories was to return to God. Telling God to stop His plans is not Christian. It is not even close to Christian. Telling God to fix this world and leave them alone is exactly why one Israelite generation died in the wilderness. Listening to God is what saved Elijah and gave him that power. Are you beginning to see the power of Elijah now?

“Behold, I will send you Eli’jah the prophet before the great and terrible day of the LORD comes. And he will turn the hearts of fathers to their children and the hearts of children to their fathers, lest I come and smite the land with a curse.” (Malachi 4:5-6 RSVA).