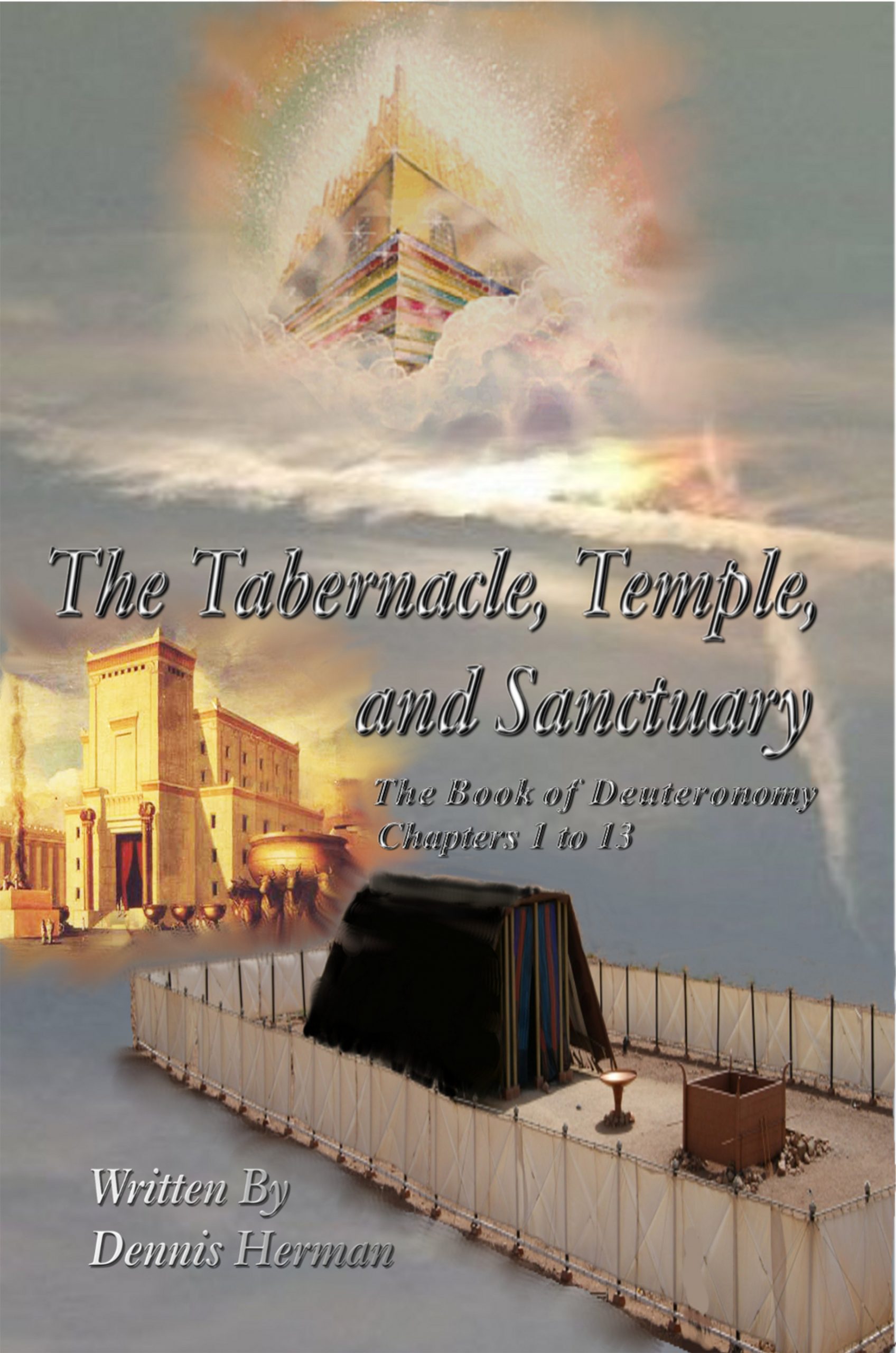 Deuteronomy 13:1-5 NLTse (1) “Suppose there are prophets among you or those who dream dreams about the future, and they promise you signs or miracles, (2) and the predicted signs or miracles occur. If they then say, ‘Come, let us worship other gods’–gods you have not known before– (3) do not listen to them. The LORD your God is testing you to see if you truly love him with all your heart and soul. (4) Serve only the LORD your God and fear him alone. Obey his commands, listen to his voice, and cling to him. (5) The false prophets or visionaries who try to lead you astray must be put to death, for they encourage rebellion against the LORD your God, who redeemed you from slavery and brought you out of the land of Egypt. Since they try to lead you astray from the way the LORD your God commanded you to live, you must put them to death. In this way you will purge the evil from among you.

What brought this on? For the last twelve chapters, Moses had been teaching Israel and us how to look back over events and their details. All of a sudden, Moses wrote about looking into the future? Is there a connection?

It looks like we have to lean on another rules of context telling us to look back at how the last chapter ended to see how the author led into this chapter.

“When the LORD your God goes ahead of you and destroys the nations and you drive them out and live in their land, do not fall into the trap of following their customs and worshiping their gods. Do not inquire about their gods, saying, ‘How do these nations worship their gods? I want to follow their example.’ You must not worship the LORD your God the way the other nations worship their gods, for they perform for their gods every detestable act that the LORD hates. They even burn their sons and daughters as sacrifices to their gods. “So be careful to obey all the commands I give you. You must not add anything to them or subtract anything from them. (Deuteronomy 12:29-32 NLTse).

Moses taught some very serious lessons just before he added that comment about prophets. Look what we get out of the lesson when we look at the summary of chapter 12 and the introduction of chapter 13 together. Remember how God loves to use contacts to teach.

God says He will go ahead of His people. Did Moses ever tell Israel what was about to happen? Moses never tried to guess at the future, other than what God told him to say. The only thing Moses told Israel was what would happen in the promised land if they followed God’s laws, and what would happen if they failed to follow God’s laws. That was it. There wasn’t anything more.

Moses and the life he led following God are a contrast to those prophets that would appear. God knew, those prophets would be able to tell the future. Then Moses made a direct connection, a link without question between prophets with the ability to see the future and false gods. God told Israel, He was going to be in front of them. God was going to take care of the problems they were going to face. In other words, God was asking Israel to trust Him. It was that plain and simple. When God says He’s gonna be in front of you taking care of business, you have to trust He is going to keep His word.

On the other hand, there will be people who don’t trust God. They’ll be the people turning to prophets asking what the future will be. Why? There is only one obvious answer to that question. They want to do something to prepare for their future. They don’t trust God and feel safer preparing for whatever lies ahead themselves.

Moses linked another important statement to prophets. “The LORD your God is testing you to see if you truly love him with all your heart and soul.” Are you going to trust God, or those prophets? It seems like a simple test.

Another direct connection lies in what God told Israel to do with prophets, and those other nations. God told them to utterly destroy both of them. Now you have to think about this on your own and make a decision. Are you gong to trust God, or all the prophets today?

When Someone Lead You Astray

Deuteronomy 13:6-11 NLTse (6) “Suppose someone secretly entices you–even your brother, your son or daughter, your beloved wife, or your closest friend–and says, ‘Let us go worship other gods’–gods that neither you nor your ancestors have known. (7) They might suggest that you worship the gods of peoples who live nearby or who come from the ends of the earth. (8) But do not give in or listen. Have no pity, and do not spare or protect them. (9) You must put them to death! Strike the first blow yourself, and then all the people must join in. (10) Stone the guilty ones to death because they have tried to draw you away from the LORD your God, who rescued you from the land of Egypt, the place of slavery. (11) Then all Israel will hear about it and be afraid, and no one will act so wickedly again.

God has been laying down the law in this chapter. After Moses finished chapter 12 by telling us how God will always be ahead of Israel, making sure they’re safe, he followed that up with a series of direct commands, not to fool around with anyone messing around with any other god.

The question is, what is another god? How far does that description reach? Moses didn’t give a list of how those gods look, how they act, or what their names were. We have to assume the list included all of them. Once again we have to look back to see what Israel knew about other gods.

Deuteronomy 13:12-18 NLTse (12) “When you begin living in the towns the LORD your God is giving you, you may hear (13) that scoundrels among you are leading their fellow citizens astray by saying, ‘Let us go worship other gods’–gods you have not known before. (14) In such cases, you must examine the facts carefully. If you find that the report is true and such a detestable act has been committed among you, (15) you must attack that town and completely destroy all its inhabitants, as well as all the livestock. (16) Then you must pile all the plunder in the middle of the open square and burn it. Burn the entire town as a burnt offering to the LORD your God. That town must remain a ruin forever; it may never be rebuilt. (17) Keep none of the plunder that has been set apart for destruction. Then the LORD will turn from his fierce anger and be merciful to you. He will have compassion on you and make you a large nation, just as he swore to your ancestors. (18) “The LORD your God will be merciful only if you listen to his voice and keep all his commands that I am giving you today, doing what pleases him.

This has got to be another one of those strangest chapters in the Bible. When you look at the introduction and its warning about prophets, and then look at the summary telling Israel to destroy entire towns and everything in them, it’s time to take a step back and look at this as a whole.

Did you notice all the plunder was to be taken out, plied in the middle of the town, and burnt, as an offering to God? That is a public display showing that following God and his orders is more important that money, or any material thing. Which leads us to the connection to prophets.

Not only in our time, but in many stories we see in scripture, it’s not very hard to figure out, prophets are in the business for the money. Where are many prophets in the Bible found? In kings courts. They conduct business in palaces. What does that point to? Were those prophets rich or poor?

God didn’t stop at killing those prophets leading people away, and destroying their possessions, God told them to wipe out the entire city, and burn everything. Is that a warning or what?

All if this is an example showing how God looks ahead. God told them the future. “When you begin living in the towns the LORD your God is giving you.” See how important it is to pay attention to details concerning time?

God made a simple statement. Trust God and no one else. There was no doubt in anyone’s mind God spoke to Moses. No one should have questioned Moses. Each time Moses spoke to Israel, he was very careful to tell them when he was telling them what God said. Moses told Israel how God communicated with him, when, and why. Moses followed the laws of God’s prophets long before they were written. Moses didn’t have to write about those laws. He didn’t have much competition. Not like Jeremiah and many of the other prophets faced. When someone or a group opposed Moses, God was there to deal with it. When Moses was attacked by Balaam the prophet, Moses had no idea it was happening. But God knew. And God was there protecting Israel. Moses wrote about it, and Israel knew about it, after the fact. Those were the type of lessons Moses sent them back to review and think about.

I guess we all have experiences like Moses and Israel went through. Everyone has times in their lives when everything seems to fall apart. Then somehow, things seem to work out. Like God pulling a living seed out of the ashes of life. And I can tell you, we all had to wait for God to come in and save the day. Those are times to think about. Look back and reflect on situations and events that led up to the trial. How did you get into that situation? What led to the trial? Most of all, listen to God. Did He remind you of warnings He gave you, like the warnings He gave Israel?

Scripture tells us, “Remember your leaders who taught you the word of God. Think of all the good that has come from their lives, and follow the example of their faith. Jesus Christ is the same yesterday.” today, and forever. (Hebrews 13:7-8 NLTse). If Jesus taught Israel lessons in the wilderness when He followed them as a Rock, and gave them warnings of what would happen when they made the wrong choices, we have to trust God will do the same for us. Can you see why trusting God is much more important than following prophets, and trying to prepare for the future your own way, or the way those prophets tell you to prepare? Who are you going to trust?