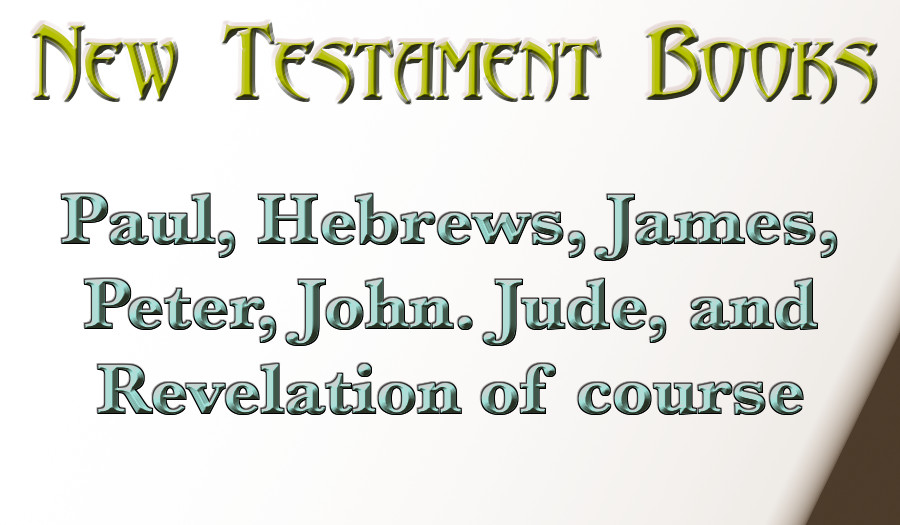 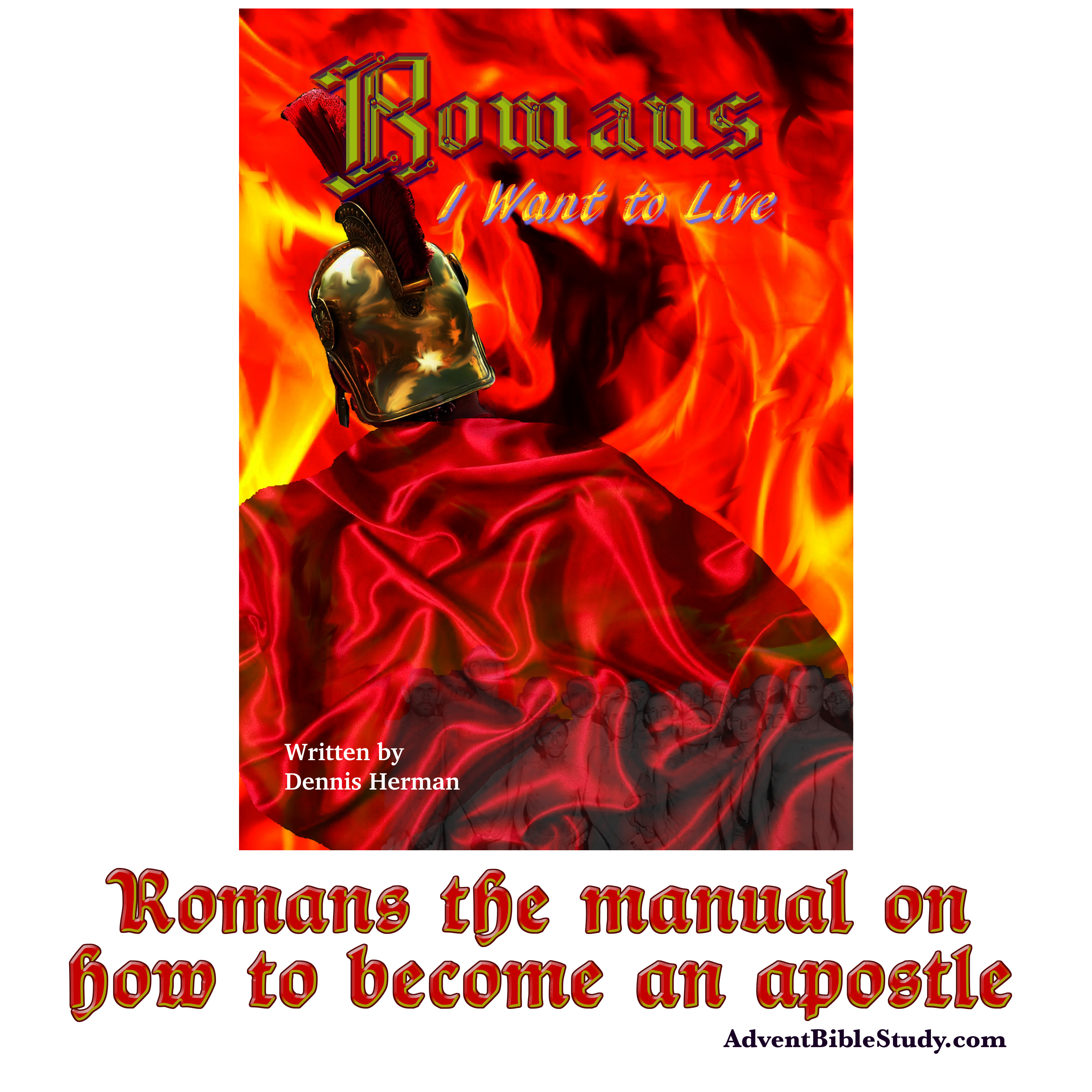 The collection of New Testament Books is of course all the New Testament books following the four Gospels. This includes Paul’s books, Hebrews, James, Peter, John, Jude, and of course Revelation. I’ve written a book on Romans which turned out to be a guide or manual telling us the step by step process to becoming an apostle of Christ. But based on the almost non-existent sales of that book, I’m not inspired to write too much more on Paul’s books. Or other books about the Bible. Who wants to read a manual straight out of a book in the Bible when they can pick and choose a set of compromises until they find one that agrees with their particular life style?

I’ve also written a book on Revelation. That is also not a best seller. Although it looks at Revelation from a completely new and interesting view. My book on Revelation looks at John’s book exactly how it was written. It is a verse by verse look at Revelation not based on the wisdom of the world, or views the world has already placed upon it. My version looks a Revelation, its stories, symbols, and visions based on a view from Heaven. How do you get a view from Heaven? John showed us when he wrote Revelation. John explained how and where he received each of those visions. Then John explained exactly how he was given the definition of each of those symbols. Each and every vision and symbol was explained by someone in Heaven. No one in Heaven had any trouble knowing what those visions revealed, and what those symbols pointed to. Heaven never had to guess. And no one in Heaven ever got any of those symbols wrong. John explained all of that and more when he wrote his book. All we need to do is take the book in its entirety, and look at it as a whole. After all, it is one book. John’s book does cover a major portion of earth’s history. And that past history was explained by a Heavenly being who watched every event unfold. There was no guess work. Every tangible event was included. Why not take John’s book the way it was written and study that book using the facts John was instructed to record? When we do that, we remove all doubt. We also remove all the guess work and fabricated interpretations we’ve been spoon fed over the past few generations.

Taking a fresh look at the New Testament based on what is recorded in the New Testament is not a popular subject. Nor does it seem to be a popular way to study the New or Old Testament. People like to see facts from archaeologists and other scientists mixed with scripture to draw upon a conclusion. People like to see news reports interpret future prophecies. People prefer to have the world establish Bible Study methods, predictions, and interpretations to provide answers. People have been trained to doubt the Bible. We see people questioning the Bible everyday. We see people arguing about what one line or another verse means. We’ve grown use to accepting conflicts and questions about the Bible. Each of those has establish a network of doubt surrounding the Bible like a wall. People have been trained to accept institutions as the ultimate authority on the Bible and accept interpretations without questions. Churches have been training people to defend those interpretations, but failing to train people how to study the Bible, take each book as a whole, look at each story, and allow the stories to explain themselves. We live in a society where pride out weighs truth and common sense is defined by personal choice.

Hundreds of churches tell people what they believe to be truthful. Then they tell people to test what they’ve been told. But not one of those churches are able or willing to teach people how to test what they’ve been told by using the Bible and only the Bible. In some cases a few churches have taught people how to look up what is referred to as proof text. A series of text that agree with one statement. But are those proof text used within context? Context is defined as the words and statements around a word, phrase, or sentence. The well accepted study method of proof text ignores context. Proof text was invented by Satan for his own greedy desires. When Satan tempted Jesus, he used proof test. A single statement taken out of context.

Then the devil took him to Jerusalem, to the highest point of the Temple, and said, “If you are the Son of God, jump off! For the Scriptures say, ‘He will order his angels to protect and guard you. And they will hold you up with their hands so you won’t even hurt your foot on a stone.'” (Luke 4:9-11 NLTse).

The devil quoted one little part of scripture, but ignored the context. We learn what the context is when we read a few additional verses.

For he will order his angels to protect you wherever you go. They will hold you up with their hands so you won’t even hurt your foot on a stone. You will trample upon lions and cobras; you will crush fierce lions and serpents under your feet! The LORD says, “I will rescue those who love me. I will protect those who trust in my name. When they call on me, I will answer; I will be with them in trouble. I will rescue and honor them. I will reward them with a long life and give them my salvation.” (Psalms 91:11-16 NLTse).

When we learn exactly what context is and where is originated, we would never use proof text study method again. Some people may claim Jesus used proof text. That is not true at all. An inspired writer will always quote scripture to send people back to the original story where more facts are included. If you looked up the first verse Jesus quoted, you would find out that chapter told about every move Satan would make before he made it. That proved that Satan does not understand scripture or context.

I decided to set up this website to accept comments. You can post your ideas on a subject., share what you’ve learned, or just say thanks. Also remember to share. Not a dime is spent to advertise this site. Although I have every website developer in the world calling me along with every person trying to make a living selling advertising for Google and the other search engines. I don’t believe in those. I do believe God’s Spirit can and will guide people to this site when they are ready to learn how to study the Bible. This site has a collection of studies showing how information was collected, and why it was collected. My books also offer a collection of studies, and each one is explained in detail. Most of the posts on this site are chapters from my books with links to those books in both eBook and print formats.